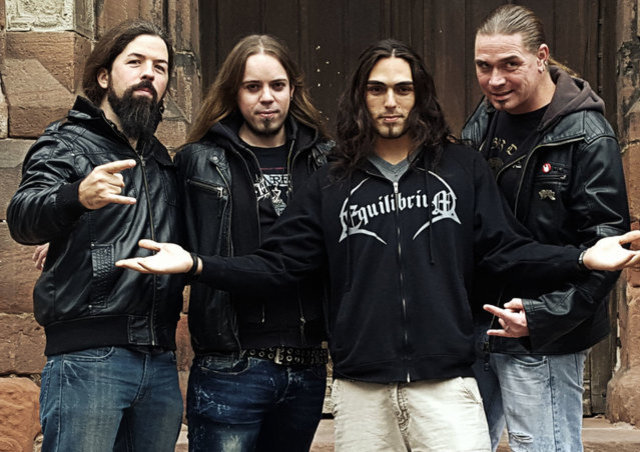 German epic metal pioneers, EQUILIBRIUM, will set aflame a brand new bonfire this summer with their fifth studio album. Guitarist, composer and lyricist René Berthiaume spent almost two years working on this new opus called ‘Armageddon‘. The result is rather dark, while retaining the bombast and folk elements of the previous records.

Today, the band has released the first track-by-track trailer of that upcoming album, in which Rene discusses the following tracks:

The album was recorded, mixed and produced by René himself and was mastered by Maor Appelbaum (Los Angeles). The cover artwork was again created by Skadi Rosehurst.

‘Armageddon’ will be released on August 12th, 2016 via Nuclear Blast Records.