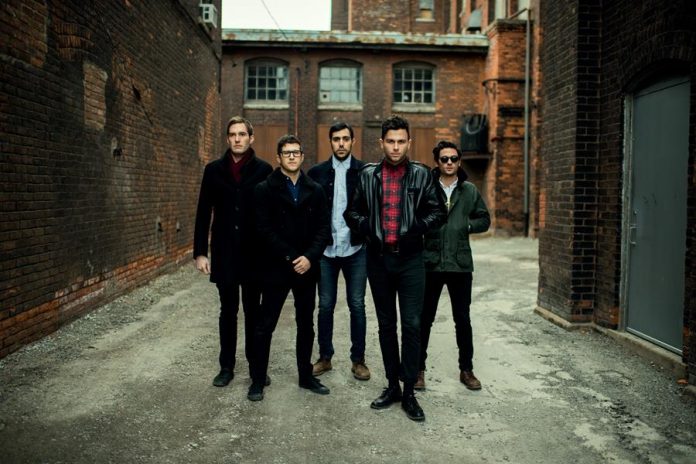 And they are on tour next week!

Four-time JUNO Award-winning rock band Arkells have achieved their first Gold-selling album with HIGH NOON, released August 2014 via Universal Music Canada. Upon its premiere, HIGH NOON hit #1 on the Canadian iTunes chart and debuted at #3 on the overall Canadian Neilsen Soundscan chart, and #2 on the Digital Albums chart. HIGH NOON is the band’s third studio album and features the #1 single at Alternative radio, “Leather Jacket”, as well as the first single off the album “Come To Light”, and the band’s latest single “11:11”. High Noon is currently available in the UK on Dine Alone Records.

Today, Arkells have released a new music video for their #1 hit Leather Jacket. The video, made entirely of looped Vines is a collaborative project between the band and Brooklyn based artist (and celebrated Vine creator), Meghan Doherty.