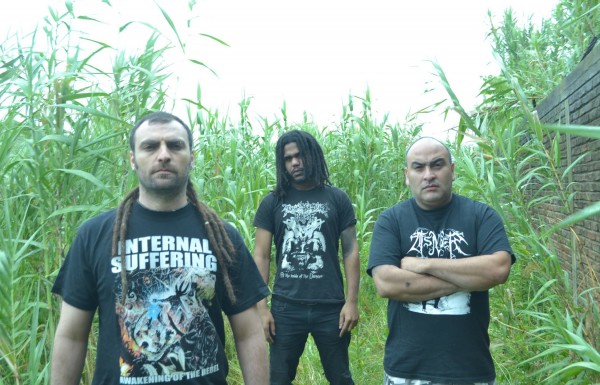 One of them is called Morbid Desecrator. Blimey…..

Recently reformed death metallers DEVAST, return with their second and most extreme studio offering, Into Decimated Reality. DEVAST treats its instruments as weapons of mass destruction and seem to have no concern for providing the listener with a tool for meditative thought and surely are not concerned with the creation of a relaxing atmosphere. An apocalyptic and destructive concept of the human world and remarked structure in the veins of brutal technical death metal band such as Origin, Dying Fetus, Internal Suffering, and more. After a 6 year hiatus, relocation and new line up, DEVAST proves that no boundaries can stop the technical death machine entitled “Into Decimated Reality”

Featuring artwork by Tony Cosgrove (Stages Of Decompostion,Saprogenic, Syphilic), Into Decimated Reality was recorded at Rockoletta Studio in Buenos Aires, Argentina and was mixed/mastered by Mahdi Riahi at Painful Productions in Germany.