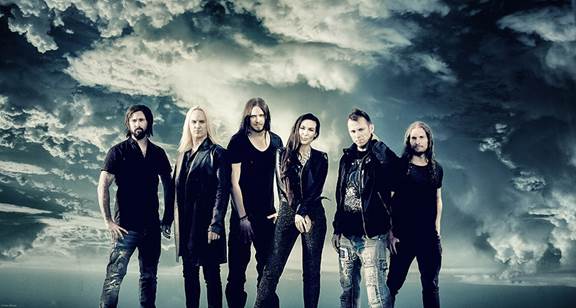 US Shows but guitarist quits

Amaranthe will kick off their first North American headline tour in support of their latest album Maximalism on February 10 in Houston, with support from Failure Anthem, Citizen Zero, Cypher 16, and Smash Into Pieces.

The trek snakes through the U.S. and Canada, wrapping on March 11 in Reading, Pennsylvania.

To herald the fact that they will be crashing the U.S. shores once again, the band has released the new video for “Boomerang.”

Guitarist Olof Morck says “It is finally time to release our brand new video for ‘Boomerang’, an Amaranthe take on the classic heist movie! Directed by the legendary Patric Ulleaus, it is everything you have come to expect of an Amaranthe video and much more! Perhaps the most ambitious video from the band so far, it is packed to the brim with action, glitter and glamour – you can try to bring us down, but we’ll come around, like a Boomerang!”

In other Amaranthe news, singer Jake E. has confirmed his exit from the band. Below is his statement on the matter.

“After eight years and four albums, I have decided to leave Amaranthe. I am extremely proud of the band and what we’ve accomplished together.

“Amaranthe have the most AMAZING fans and they have given me so much during the years, which I am extremely grateful for. I want to thank them all for always supporting me during the highs and the lows – without YOU we would be NOTHING.

“Thank you for these years and I hope to meet you again soon!”

With  Failure Anthem, Cypher 16 and Smash Into Pieces:

For More Info on AMARANTHE Visit: