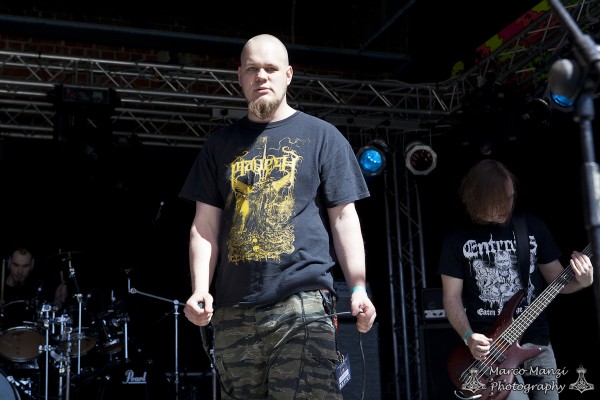 Apocryfal, an assaulting Death Metal-band from Jyväskylä, Finland, and this is our second recording entitled “Aberration of Mind”, released 2nd of October 2013. This EP is continuation to their debut demo, “Ravens”, which was released early 2012.

“Aberration of Mind” contains more blackened tune to it, both musically and lyrics-wise comparing to their demo “Ravens” which was more straightforward Death Metal manifest. The band was founded in 2009 and say their goal for year 2014 was to play as many gigs as possible and also to find themselves a record deal.

In comparison to Ravens, Aberration Of Mind is much more controlled and prepared manifestation. The  band say they did their research: “We read the old reviews and took in some inspiration from them, so we could focus on making a better album without compromising our own style or creativity. Ravens was fast, brutal and raw. The new record is more focused and contains more diversity, although staying fast and brutal. The production was a challenge, as we tried to keep the production clean, but the music as raw as we could.”

After laying down the recording and mixing at Watercastle Studio, Finland, the record went over to Dan Swanö (Bloodbath, Edge Of Sanity, Witherscape) for mastering.