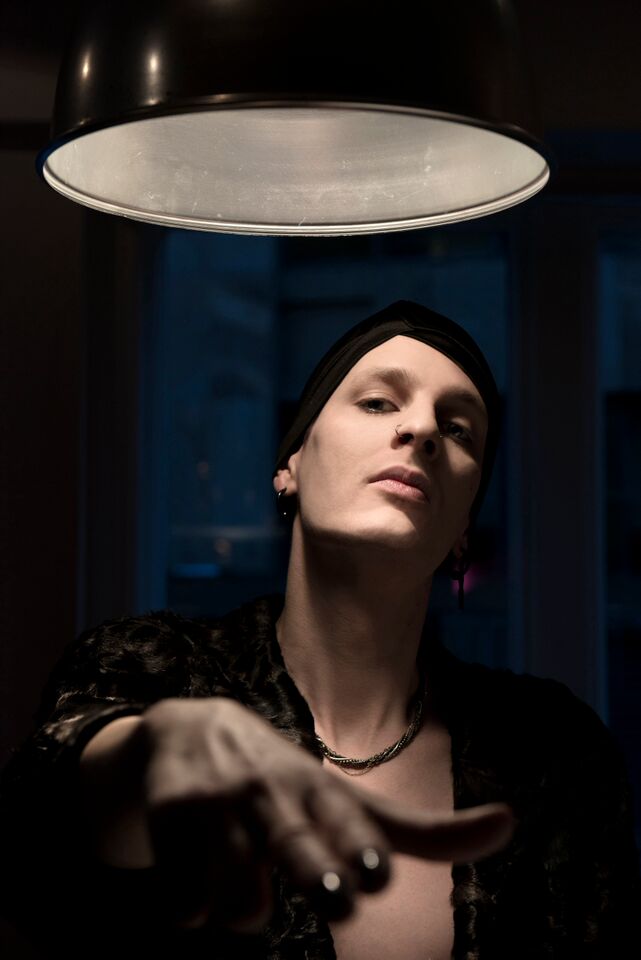 Finnish industrial rock rebel Anzi has shared a brand new video for the first single to be taken from his upcoming second album, ‘Black Dog Bias’.

The double a-side, ‘I Let You Dive / Revival’, is released in the UK today via Chemistry Music Enterprises, after Soundi magazine – one of Finland’s most influential and widely-read music publications – exclusively premiered the ‘I Let You Dive’ video on Monday.

Shot in the smoky, atmospheric surroundings of Helsinki club Gloria Arena, the video sees Anzi literally swinging from the rafters (resulting in bleeding hands and sore muscles by the end of the shoot!), and offers viewers a glimpse of the manic Iggy-esque intensity he brings to live shows.  Referencing Nine Inch Nails and Killing Joke’s stark-yet-organic industrial rock, the track packs a huge, booming rhythm section and growling low-tuned guitars, while the lyrics are both personal to Anzi and deeply universal.  He comments the song is about “clinging to your loved one… but when you truly love and care about someone, you are ready to let go”.

The album ‘Black Dog Bias’ is then set for release on June 22nd.  A diverse and dynamic showcase for a multi-talented rising star, it was written and recorded on three continents, at locations in Helsinki, London, New York and Egypt, and confidently draws from a smorgasbord of industrial, synthpop, hard rock and punk influences.  Anzi produced the record himself, as well as playing most of the instruments, before mastering was completed in LA by Dave Collins (QOTSA, Soundgarden, Alice Cooper).

Previous article
A TOWER OF CROWS, Army of One, Cairo Son: Scruffy Murphys, Birmingham 22/05/2015
Next article
Wovenwar On Tour This Week!