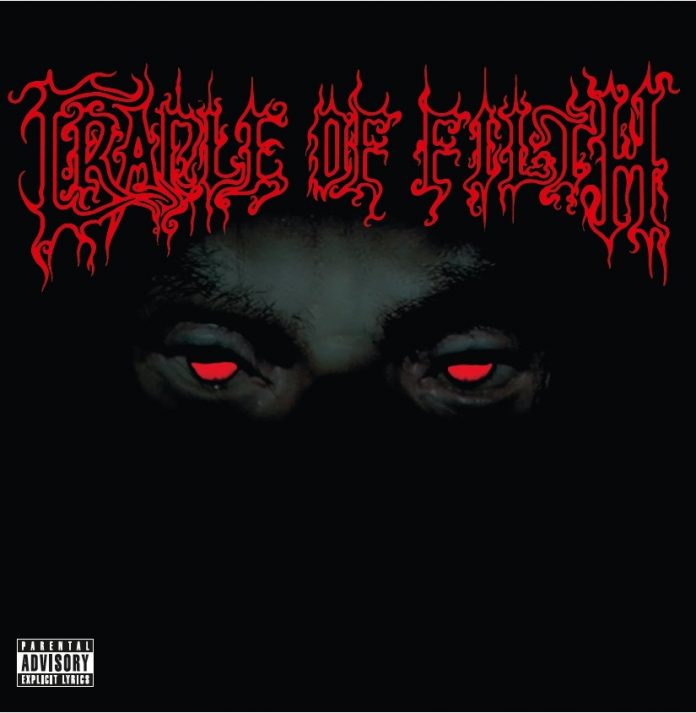 Another re-release from CoF
Music For Nations have announced the reissue of Cradle of Filth’s genre-defining 1999 EP “From The Cradle to Enslave”, to be pressed on vinyl for the very first time.
Set for release on the 28th October, the EP features new coloured artwork, and is pressed on blood red vinyl, an appropriate colour for the UK’s biggest black metal band.
Dani Filth comments on the release, ‘From The Cradle To Enslave was essentially a stop-gap release between two albums and a dramatic line-up change, hinged as it was around our first ever video, which in itself was a precursor to the horror movie Cradle Of Fear (2000).
The EP was recorded at Parr Street studios in Liverpool, and according to Dani the sessions ‘marked the end of our tenure working in sprawling metropolises, after this we would only record in countryside-based residential studios. Not that we didn’t have a great time in Parr street, it was an awesome experience and we just found that exclusion best-fuelled the band’s creativity (and kept us away from nightclubs and the suchlike!).’
The re-issue includes three original tracks; title-track “From the Cradle to Enslave”, “Of Dark Blood and Fucking”, and “Funeral in Carpanthia (Be Quick or Be Dead version)”. Alongside this comes comes Massacre cover “Dawn of Eternity” (a track that previously appeared only the US version of the EP), as well as other covers by The Misfits (“Death Cines Ripping”) and Anathema (“Sleepless”). There is also a remix of the title-track, re-titled “Pervert’s Church.”
Watch the new animated video for cover of Anathema’s “Sleepless” here –
According to Dani, ‘the Massacre cover ‘Dawn of Eternity’ was actually released in the U.S as a replacement for ‘Pervert’s Church’ (fortunately both tracks appear here), which was deemed a little too experimental for American audiences.   Prodigy-esque remixes? Sod that! Give ’em good ol’ fashioned white collar death metal instead…’
Available to pre order now, the release will be out for Halloween.
Facebook.com/cradleoffilth
www.musicfornations.co.uk/
facebook.com/MusicForNations