Another Knock Out Blow 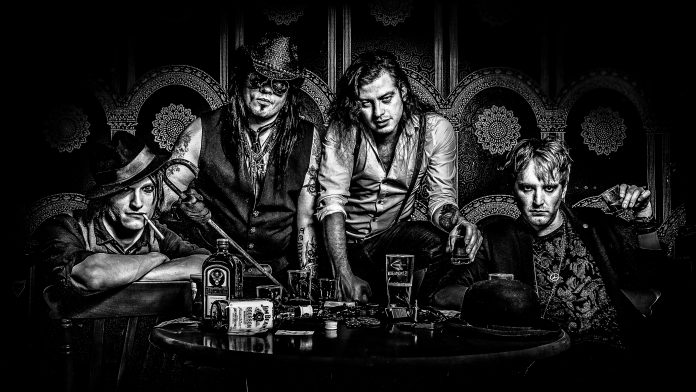 KoK return with an EP

BRITISH HELLRAISERS KNOCK OUT KAINE RAISE THEIR UNIFIED VOICE LOUDER THAN EVER BEFORE, WITH THEIR ANTIESTABLISHMENT ANTHEM ‘CRUEL BRITANNIA’, THE TITLE TRACK OF THE NEW EP RELEASED WORLDWIDE VIA ROCKSECTOR RECORDS
“We are totally stoked to sign a new long term lucrative deal with Manchester based Rocksector Records that will see this EP and the next album released by the label. In a time when bands jump ship in a heartbeat and show no respect or loyalty to the very people that showed that all important support when it was most needed, we are more than happy to build from our foundations with a label that we trust, a label that works hard, a label that is independent of so much of the corporate bullshit” – singer Dean Foxx. 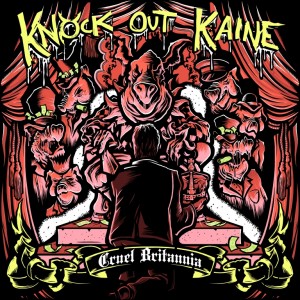 Knock Out Kaine have performed at some of the most prestigious Festivals, such as, Download and Bloodstock, toured Europe extensively with Adler’s Appetite (Steven Adler from Guns N Roses), Faster Pussycat, Love/Hate and shows with Status Quo,
Heavens Basement and many more! 2016 sees the Lincoln based combo head to Belgium for Wildfest (with Crazy Lixx &
Crucified Barbara) & Wizzfest (with former Iron Maiden singer Blaze Bayley). They also headline SOS Festival on the Sunday evening, which promises to be a spectacular show! Mark Appleton of Rocksector Records adds “We’re absolutely thrilled to complete this deal with Knock Out Kaine. They’re a band that has been around a few years now and undoubtedly earned their stripes on the live circuit, seeing tangible progress during the past couple of years which is testament to their gutsy determination, ,sacrifice and commitment, as needed in this business. However, don’t let that image of
the ‘struggling musician’ pervade all aspects of what they do because hand-in-hand with the grit and determination is a shining talent in song-writing and performance which sets them apart from so many of their peers and is now deservedly paying off”
Formed in 2005, Knock Out Kaine went on to win KERRANG!’s Best Unsigned Live

Act in 2008, going on to release a hugely impressive debut album ‘House of Sins’ via German label DOTT Music in 2012.

‘Cruel Britannia’ was  released on 4th April 2016 via Rocksector Records.

Previous article
Kong The Kings
Next article
Ready to Gozo