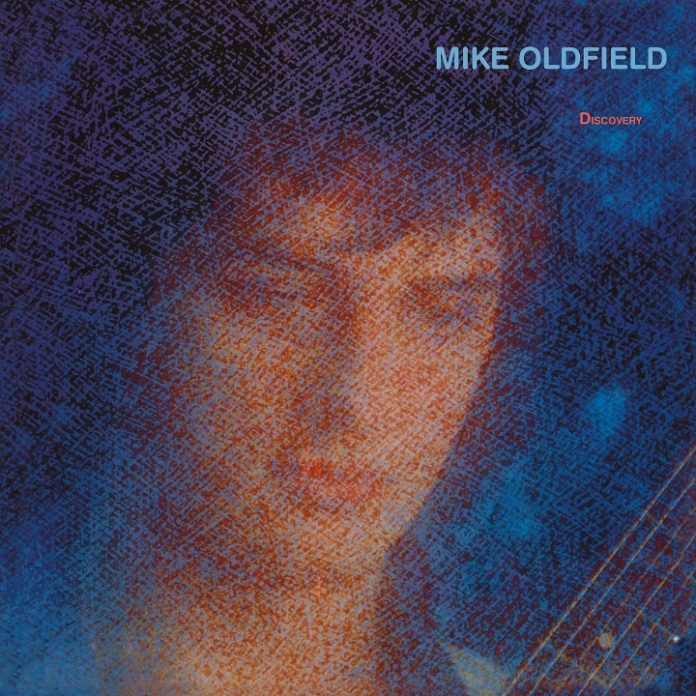 Originally released in June 1984, the UK Top 20 album, Discovery features two songs, which Oldfield would later include on the albumTwo Sides (his career ‘best of’), The Lake, an expansive instrumental reflection on Lake Geneva and To France, a classic folk-pop ballad that featured Maggie Reilly on vocals.

Now newly remastered and also presenting B-sides from the era, this superb new edition of Discovery is presented in a 3-disc CD/DVD Deluxe Edition and includes The 1984 Suite, a 38-minute piece, which gathers together tracks from Discovery and from The Killing Fieldsalongside rarities and a newly-voiced version of Poison Arrows, which has been re-named Zombies (Halloween Special). The Deluxe Edition features Oldfield’s 5.1 mix of The 1984 Suite on DVD, alongside three in-era promo videos. Appropriately, Mike premiered the lyric video forthis new track via his own website and Facebook page on Halloween (Saturday 31st October). Discovery is also being released on newly remastered 1CD, 180gm vinyl, digital and true HD editions.

Pre order here for a limited edition print and special price for all 3 vinyl: http://po.st/Wtvvms

To France
Tricks of the Light
Etude

Previous article
Is Adam Evil? Yes He Is
Next article
Iceland’s Having A Party