ANNI ARE YOU OK? 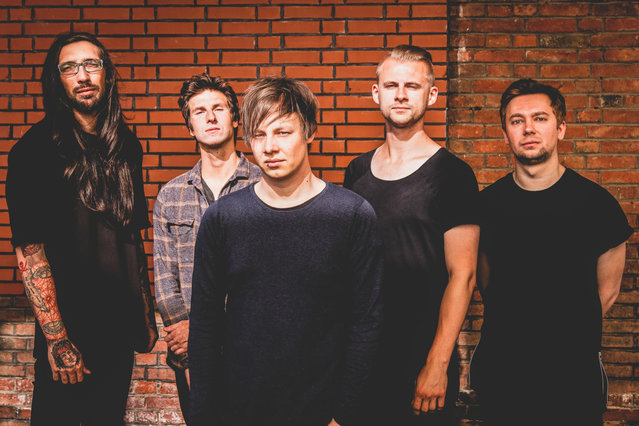 ANNISOKAY, the force of nature hailing from Lepzig/Halle Germany, are pleased to reveal the title and cover artwork for their upcoming new studio album. The record is titled Arms, and it will be released on August 17th via Arising Empire Records. The band are also happy to announce that they’ll be back on the road this autumn for a run which will include two UK dates – in London and Birmingham. Joining them on the road will be funk tinged emo/post hardcore band I Set My Friends On Fire from Miami, Florida. Tickets are on sale now!

More information to follow shortly on Arms, watch this space…

To grasp a first impression of ANNISOKAY, you can watch their most recent music video ‘What’s Wrong’ at this location:

ANNISOKAY inked a record deal with Arising Empire a few months ago. The band commented on the signing: “We’re more than excited to announce that a new chapter for ANNISOKAY has just begun. ARISING EMPIRE is our label of choice and we’re really happy that they’ve teamed up with us. There’s many great things coming up and we cannot wait to tell you all about them!”

Tobbe Falarz of Arising Empire commented: “ANNISOKAY are one of the most talented German bands of international distinction. We are more than happy that ARISING EMPIRE can accompany the band on their future steps.”

Previous article
THRESHOLD PICK SUPPORTS
Next article
NOTHING TO BELIEVE IN