ANCHORED IN THE SOUL 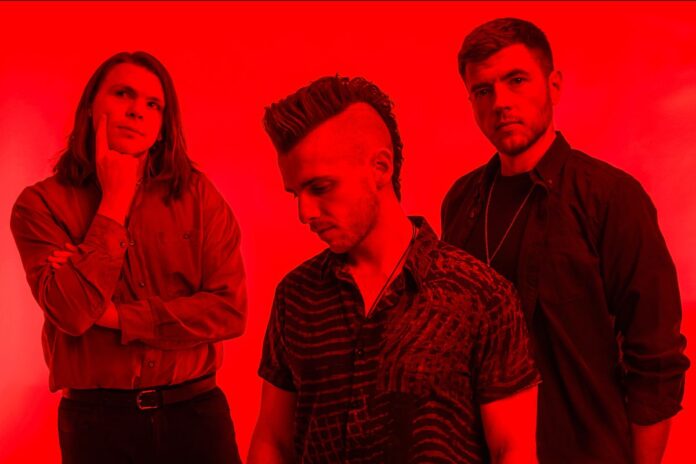 Glasgow-based alt-rock trio Anchor Lane have shared their single ‘I Don’t Have Another Soul To Pour’. Following the path laid out by previous single ‘Stutter’, ‘I Don’t Have Another Soul To Pour’ delivers more driving riffs and incendiary energy, which we have come to expect from the Glasgow rockers. ‘IDHASTP’ is the second single from the band’s upcoming album, Call This a Reality?, due for release 27th January.

Anchor Lane comment: “‘I Don’t Have Another Soul To Pour’ is about giving it your all but it’s still not good enough. You reach a breaking point. Silence and a life void of motion is the only possible way because to live is to suffer.”
Anchor Lane‘s upcoming sophomore album Call This A Reality? was produced by BruceRintoul (TwinAtlantic, Fatherson, Vukovi). Early reviews from Cyderbaby and The Moshville Times have already called the album “A masterpiece” and “Infectious” respectively, while first single ‘Stutter’ received airplay on the likes of BBC Radio Scotland and was made ‘Track of the Week’on Planet Rock Radio.

Anchor Lane will be on tour in the UK starting 28th January to promote Call This A Reality?. Catch the band at one of the shows below:

Previous article
RETURN OF THE SHAK
Next article
SINGING DIXIE