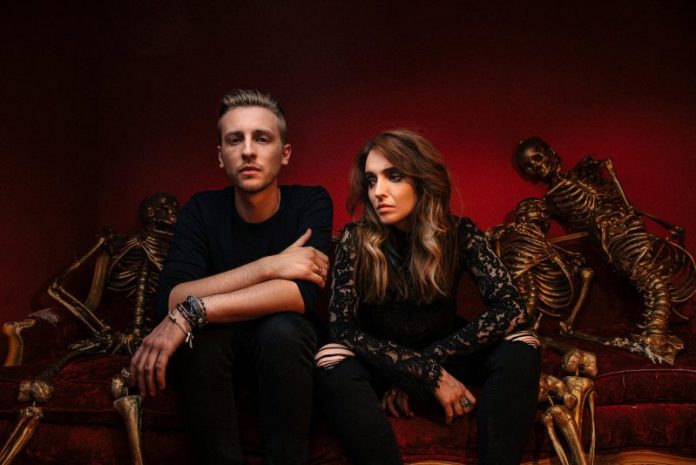 On September 15th breaking London rock duo ANAVAE will be releasing their brand new EP Are You Dreaming? through Better Noise Records / Eleven Seven, which features the lead single ‘All Or Nothing’.

Formed of Rebecca Need-Menear (vocals) and Jamie Finch (guitar), the band fuse the melodic intensity of Nothing But Thieves with the alt-rock sass of Paramore, developing a fresh and powerful sound that is loaded with personality, memorable hooks and standout vocals.

In 2011 the pair began their journey, writing music they love and creating a sound that they had always envisioned, inspired by their shared adoration of Sci-fi, film and art. “The songs come from what we’re feeling, hating, loving. A lot of my lyrics are about a personal identity
crisis. What it means to be human and the point of existence. How to exist, why to, not wanting to. We’re inspired by anything and everything” explains Rebecca.

The release of their debut EP Into The Aether saw them rapidly making noise on the underground music scene, with the likes of Kerrang! and Rock Sound magazines championing them as ones to watch.

Building traction across Spotify, YouTube and social media the band supported the likes of Kids In Glass Houses and Hawthorne Heights. They released their second EP Dimensionsin 2013, which reached Top 10 in the iTunes rock album chart.

Having toured across the UK and beyond building up their fervent fan base, the duo sold-out their show at London’s Camden Assembly last month, and played a successful set at Macmillan Fest at Nottingham’s Rescue Rooms over the weekend.

This month they will be heading to Germany to play Reeperbahn Festival on September 22nd, before heading to Canada to play Halifax Pop Explosion on October 20th.