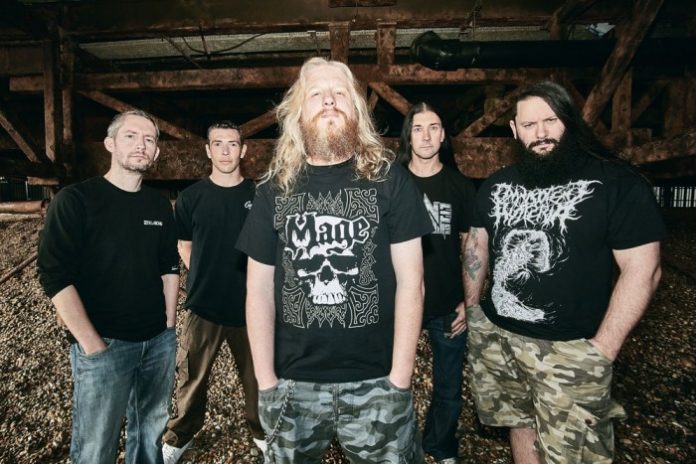 East Midlands extreme metal kings – and Metal Hammer stars this month – release new clip
One of 2015’s breakthrough metal artists Krysthla have released a new lyric video for ‘An Ancient Hope’.
The song is the final track on their stunning debut album ‘A War Of Souls And Desires’ and revered by many as their best yet – ‘An Ancient Hope’ weaves a tapestry of mythical and modern day ideology with its lyrical messages and visual art.
Neil Hudson (guitars / backing vocals) explains, “The lyrical content of ‘An ancient hope’ is based on two things. The mythical tale of the Phoenix and the idea of something being destroyed to be remade whole again, and the political ideology of the Pharaoh Akhenaten. Both are woven together with the Sun at the center of their being. The Phoenix is often used to describe powerful nations and empires rising and falling, bringing about radical change throughout the world which is something Akhenaten also saw as his own vision which he dedicated to his God ATEN. He removed all other Gods, liquefied the priesthood and popular religious beliefs and enforced a centralization of Government even moving the capital city. Many influential people withing the modern political world cite Akhenaten as a man born ahead of his time. I see the current political system and the world as a whole going through a slow burning process. It’s being molded into a new form and has been for many many years. Some of the lyrics are taken from presidential inaugural speeches, as certain parts are referenced from some unusual sources and lean towards a degree of esoteric knowledge. No coincidence they are sworn in beneath an Egyptian phallic monument.
The video contains imagery of Pharaoh Akhenaten worshiping his God ATEN, with a newly born multi armed demonic beast (political system) atop a sacrificial temple. Andy Pilkington at Very Metal Art took my brief of the topic relating to the track and nailed the feel and vibe of what the song needed visually.
This new world blessed be. Indeed.”
With UK tour dates and major festivals announcements to come – Krysthla are ones to watch in 2016.
Krysthla’s debut album ‘A War Of Souls And Desires’ is out now via PHD.
. Official Website – www.krysthla.co.uk
. Facebook – www.facebook.com/krysthla