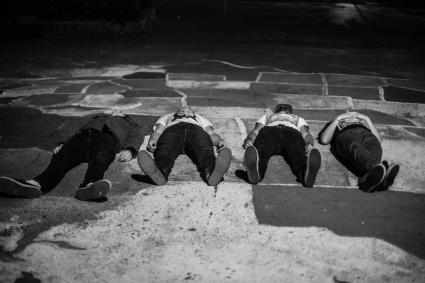 Sludgy Canadians Get Ready For Europe With New EP

Hailing from Vancouver, British Columbia, riff-laden quartet Astrakhan
are offering up a four track EP to end their year with a bang.

Featuring brain-bending artwork courtesy of Nick Patterson, the EP will be released as a limited edition 12″ (just 300 copies available) and as a digital download.

The band have already caused quite a stir on their own side of the pond, and have notched up plenty of shows on home soil, including a set at Calgary Metal Fest. They are already looking forward to their next recording stint in 2015 and are laying groundwork for a European tour.