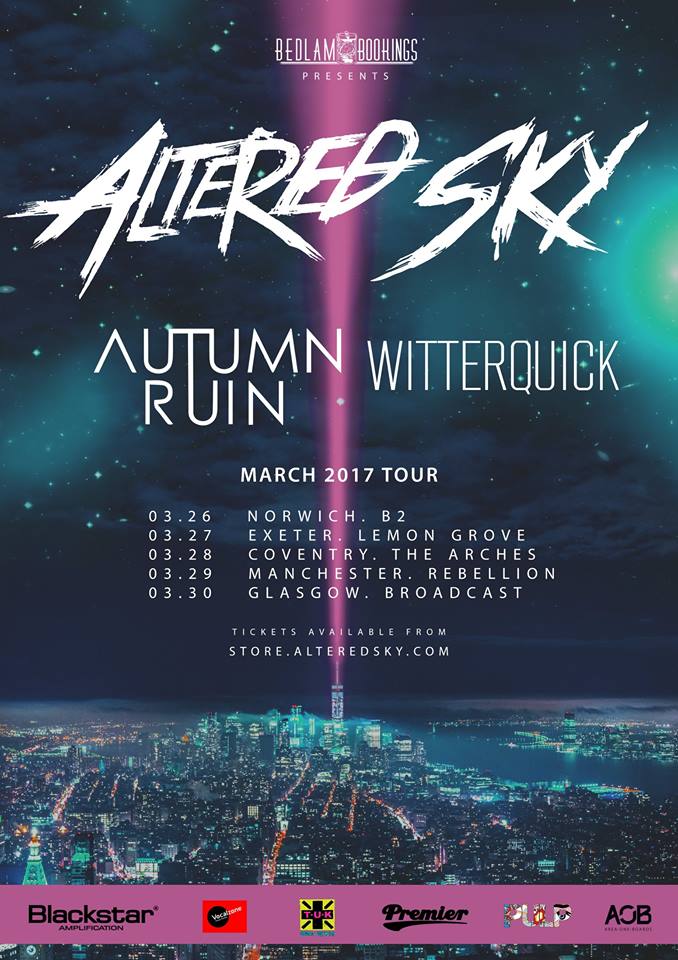 Scot pop rockers back out in March
Reaction Management are delighted to announce that Glasgow rock band Altered Sky will be heading out again this Spring for their first tour of 2017.
2016 has been an impressive year for the band following the success of their debut albumWithout Wonderland.
The band will be supported on tour by Autumn Ruin and Witterquick with a few surprises along the way!
Following the recent departure of original member Richard Passe they will be joined on tour by Irish guitarist Tara Behan.
The dates are as follows:
26th March – B2, Norwich
27th March – Lemon Grove, Exeter
28th March – The Arches, Coventry
29th March – Rebellion, Manchester
30th March – Broadcast, Glasgow
All shows are 14+ and tickets are £7 in advance via store.alteredsky.com
“We just smashed our last tour and expect this to be even better following great reviews in Kerrang and Rock Sound” – Ana Nowosielska.
The band will be kicking off the new year with a hometown show at the O2 ABC in Glasgow alongside Single By Sunday and will be supporting Scottish rock legends Big Country on 31st March at Clydebank Town Hall for a charity show in aid of the Teenage Cancer Trust.