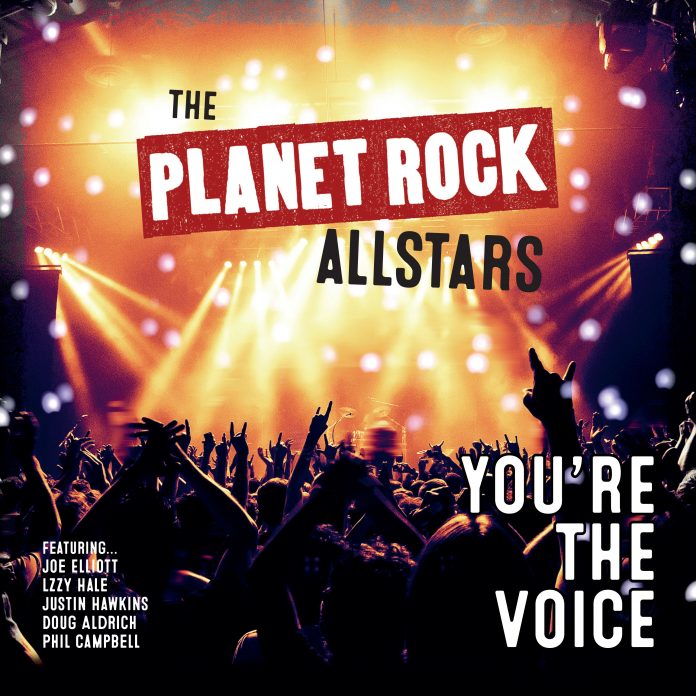 Planet Rock DJ Wyatt joined forces with some of the finest of rock royalty for a Planet Rock All Star single “You’re The Voice” in aid of mental health charity Mind.

“You’re The Voice” is the brainchild of Wyatt and was produced by Toby Jepson (Wayward Sons and Little Angels). Legends from every corner of the rock world reinterpreted the classic song by John Farnham, dressing it with a blend of their own unique sound. The single features a stellar cast, including: Joe Elliot (Def Leppard / Down ‘n’ Outz), Lzzy Hale (Halestorm), Justin Hawkins (The Darkness), Chris Robertson (Black Stone Cherry), Alice Cooper, Doug Aldrich (The Dead Daisies) and many more, with Wyatt himself playing the drums.

“You’re The Voice” is released digitally today on all major platforms. In addition, a dedicated store has also been set up to buy the CD, which has already been selling like hot cakes to people who have come out to support Wyatt on his gruelling journey “Road 2 Rockstock 2”.

The CD can be purchased from the following link – https://planetrock.backstreetmerch.com/artist/planet-rock/cds/you-re-the-voice

Previous article
Review: The Who – WHO (2019)
Next article
BAND OF THE DAY: RISING STEEL