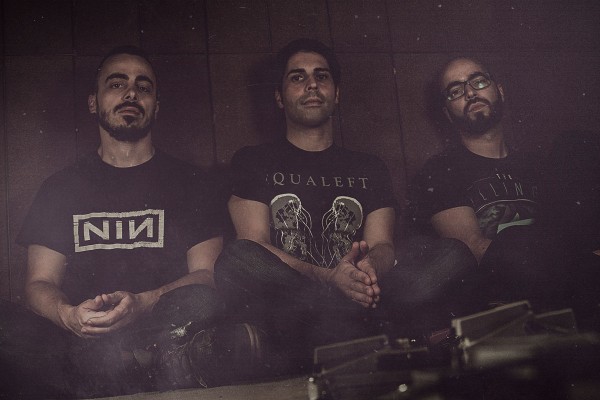 Time to wallow in some Portuguese post metal sludge!

Bleak Recordings is extremely proud to welcome Portuguese post-metal/sludge trio Wells Valley into their roster. Featuring guitarist/vocalist Filipe Correia (Concealment), bassist Pedro Lopes and drummer Pedro Mau (Kneel), the group formed in late 2011 and have recently completed the recordings of their debut album “Matter as Regent”, which will be released on February 7th.
The forty minutes long, 6-track album is an incredibly unpredictable and evocative release, blending the monolithic heaviness of sludge/doom with the intricacies and atmosphere of dark post-metal. The trio have crafted an organic, intriguing and crushingly heavy sound that falls somewhere between the suffocating atmospherics of Neurosis and Cult of Luna and the complexities of Voivod and Ved Buens Ende. The theme of the union of matter with transcendence and the overall genesis of the universe matches the album’s dark and disturbing sound, making “Matter as Regent” even more of an intriguing listen.

Co-released by Raging Planet and Chaosphere Records, this is a fascinating release that sets Wells Valley as one of the most promising and innovate bands emerging from Portugal in the last couple of years.