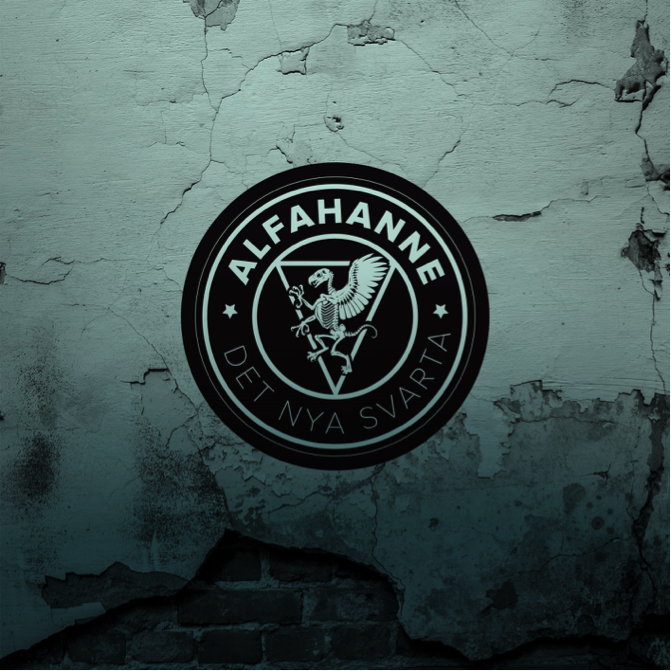 Alfahanne are back with a crushing rock attack! “Det Nye Svarta” is exactly what it says – the new black.

“As always we have drawn inspiration from everything around us without giving any thoughts to genres or trends. We pretty much went all the way back to the origins of music, digging up the seeds that had gone bad in the dawn of music. Feeding these rotten seeds and watching a new monster grow. In doing so we think we have found a, long long forgotten, feeling in the music.
Alfahanne’s lyrics are very personal and have many layers of dirt. Once you dig deeper into them you find many truths as I see them.
Alfahanne will never lean to the left or to the right or write about political issues.
The only political issue that is close to our hearts is equal rights but the flipside of that same coin is that we think everyone is equally….
Equally useless.” – Alfahanne
When Swedish rockers ALFAHANNE burst onto the scene in 2010 it was with minds determined to bring back danger to rock n roll.  Playing what the band calls “Alfapocalyptic Rock”, which mixes Black Metal with Classic Rock and Punk, and good old Rock n Roll, ALFAHANNE have created their own style of music, earning plaudits from critics and fans alike.

ALFAHANNE’s stage debut came at 2014’s Inferno Metal Festival where their show garnered them high praise.  Since then they have been much in demand for club and festival appearances, playing such events as Blastfest, Tuska, Øya and Incineration. Their high energy, exuberance, and easy going, friendly  interaction with the fans (both on and off the stage) make them guaranteed crowd pleasers.

Having already released two albums, Eskilstuna´s finest are now back with a new album. Once again exploring the darkness of mankind and continuing to widen their musical realms, the new material will mark the beginning of a new era. The third album is truly a monster and its release will make it clear that ALFAHANNE is the new black…..