All About The Chemicals 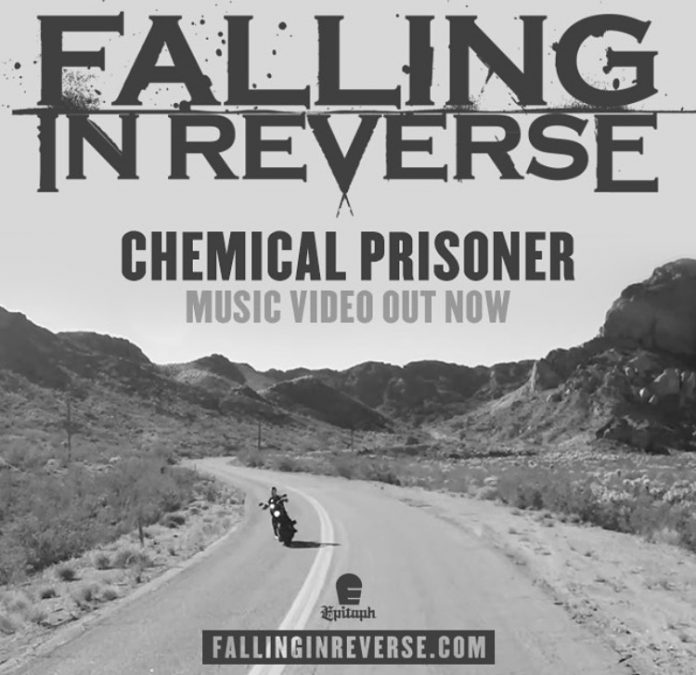 Falling In Reverse get on their bikes

Falling In Reverse has released a new video for their song ‘Chemical Prisoner’ from their latest album Just Like You. The song sees the band continuing to blaze new pathways and bridge the gap between brutal metal and pop rock.

Ronnie Radke states, “Filming this video was super fun. We did it in my hometown Vegas with my dad’s motorcycle club. One of my favourite videos to shoot.” .

Last year, the band’s third album, Just Like You debuted at #1 on the Billboard Independent Current Album chart, landed at #3 for Current Alternative Album, #21 in the Billboard Top 200, and took the #13 spot on the Top Current Album chart. According to Revolver it is their “strongest record to date” in their review. Alternative Press said the album is “ridiculously catchy.” Also in 2015, Falling In Reverse played their first international tours in Europe, South America, and made an Australian appearance at Soundwave Festival. In the U.S, Falling In Reverse played the sold-out Self Help Festival, followed byRonnie Radke‘s Three Ring Circus, The Supervillains Tour, and wrapped up the year with the Christmas Vacation Tour.

For more information on Falling In Reverse, visit: http://fallinginreverse.com/.

Previous article
Lancaster On Tour
Next article
Any Witch Way