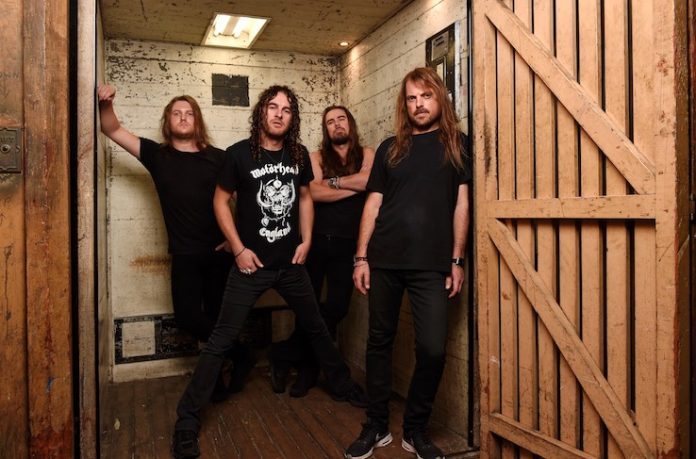 There have been hell-raising rock ‘n’ roll bands over the years, but acclaimed Australian rockers Airbourne have taken the good-times, bad-boys, party-animal strut to a new level, crafting underdog-championing anthems with reckless abandon.

Listen to the “Money” below; one of the thumping and previously unreleased tracks from Diamond Cuts:

Speaking to Loudwire, Airbourne says of the track and box set: “Money was found covered in piles of dust and reel to reel tape, it was part of the recording sessions for ‘No Guts No Glory’ and for some reason it just didn’t make the album, but hearing it again today we’re pumped to get it out there. “Show Me The Money” is a double entendre and we’ll let you figure out what it’s about. It’s part of the ‘Diamond Cuts’ release all on vinyl with a bunch more other B-Sides that are rare and only ever been released on special editions and never on vinyl. Along with the bonus documentary movie “Its All For Rock ‘n’ Roll” It’s a grab snap shot of the first 3 albums of the band.”

Airbourne will be touring across Europe later this year with support from fellow Aussies Desecrator (Oct 3rd Nov – 8th ONLY), and Motörhead guitarist Phil Campbell and the Bastard Sons (Nov 11th – Nov 22nd ONLY). Full list of dates below.

Supports:
* Desecrator
^ Phil Campbell and the Bastard Sons, The Wild