Adrian In A State Of Flux 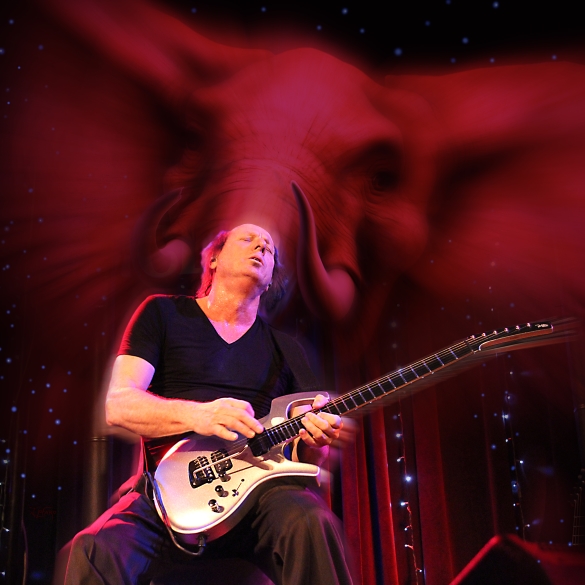 August 20, 2016
Reading time: 7 min.
Facebook
Twitter
Pinterest
WhatsApp
Linkedin
Email
Print
Telegram
Copy URL
By Andy Thorley
Guitar Icon Adrian Belew Scores Music For New Animated Film & Releases “FLUX” Album!
Nashville – Guitar icon Adrian Belew has recently scored the music to “Piper”, a short movie by animation studio Pixar, which was released on June 17th! The six-minute production tells the story of a small bird that lives on a beach, and must challenge herself to find food while avoiding treacherous waves. It was screened before “Finding Dory”, the full-length sequel to 2003’s “Finding Nemo”.
Says Adrian, “I’ve visited Pixar four times and it never ceases to thrill me – so much creativity and technology in one place.”
Adrian Belew’s soundtrack to “Piper” is now available digitally: https://www.amazon.com/Piper-Adrian-Belew/dp/B01IPIDUAA/ref=sr_1_1?s=dmusic&ie=UTF8&qid=1470589084&sr=1-1-mp3-albums-bar-strip-0&keywords=adrian+belew.+piper

Meanwhile, Belew continues work on the latest additions to his FLUX project, including an album called FLUXbybelew and an in-app addition entitled FLUXation. FLUX is ‘music which is never the same twice’. To accommodate the original concept FLUX was released on iTunes as a music app for iPhone and iPad (the only one of its kind, available on iTunes at bit.ly/FLUX_cd) with the app downloaded, you press Play to activate 30 minutes of music, songs, sounds, and visuals which will never happen again in quite the same way. that’s because of some very clever algorithms and a huge amount of content. But it is not feasible to have the same thing occur on a CD, so Adrian asks that you always play the CD in “shuffle” mode. This will give as close an approximation to the way he intended this music to be experienced as can be offered in this format.
FLUX is not meant to be listened to in the same running sequence every time. In order to eventually make all FLUX material available on CD, this will be an ongoing series, updated as needed. Adrian’s hope is that you will make your own playlist from the content of all the CDs, then put the entire playlist in shuffle and enjoy FLUX: music that is never the same twice!

Says Adrian, “For those who only have the first FLUX CD, this will double your fun. For those of you who have the FLUXbybelew app, the FLUXation pack will add another half an hour of music and visuals to your FLUX stream, creating even more possibilities. Also included in both these releases are new songs not available anywhere else.”
Adrian Belew finally launched his FLUX music creation environment after 36 years of planning and development. It’s now available as an iOS mobile device app, and promises “a new and exciting way to experience music.”
Says Adrian, “Technology has changed our lives so dramatically. Our ability to multitask is greater, but our attention spans are shorter. Modern music does not reflect these changes – most music has remained unaltered, still made in the same format used for over 60 years: the three to five minute song. Nothing wrong with that, but how about an alternative?
“FLUX is an ever-changing variety of songs, sounds and visual art that comes at you in quick, exciting pieces. You get exposed to a lot of content quickly and every listen is new. It will never happen the same way for you or anyone else.
While the system currently features only Belew’s music, and isn’t open to any other input, he hopes the concept can be expanded. He told Something Else Reviews: “I really believe it’s something that could be used in many different artistic mediums, and that people will use it different ways.”
Adrian Belew is a legendary guitarist well-known for his diverse travels around the musical map. He is a multi-instrumentalist whose solo records are critically acclaimed. His moving singing voice and prolific songwriting has endeared a loyal fan base of music lovers. His music is being discovered everyday by more and more listeners thirsty for great music with a creative standard not often pushed by the commercial music industry.
Adrian first appeared on the guitar-world radar when he toured with Frank Zappa who later said, “Adrian reinvented electric guitar”. Adrian’s signature tones, unique use of effects and whammy bar remains completely different, and his techniques continue to be a huge influence on today’s guitarists. He was guitarist, songwriter and frontman Progressive Rock Powerhouse King Crimson for over 30 years. “Discipline”, Adrian’s first record with King Crimson, is listed among the most important rock records ever made.
Adrian has had a career that commands both awe and respect from fellow musicians and loyal fans, from his first solo record “The Lone Rhino” to The Atlantic Records hit album “Mr. Music Head” or any of his other 20 solo records that push sonic boundaries while maintaining artistic integrity. Adrian shreds on guitar but also writes beautiful songs that will make you cry. Yes, Adrian has taken his fans on a wild ride through countless world tours and albums with David Bowie, Talking Heads, Laurie Anderson, NIN and Paul Simon. He truly is the Twang Bar King!
For more information: http://www.adrianbelew.net/
http://adrianbelew.net/shop
http://adrianbelew.net/shop/cds/fluxvol1/
Previous article
Carcer City Are Going Sovereign
Next article
In Plain Sight