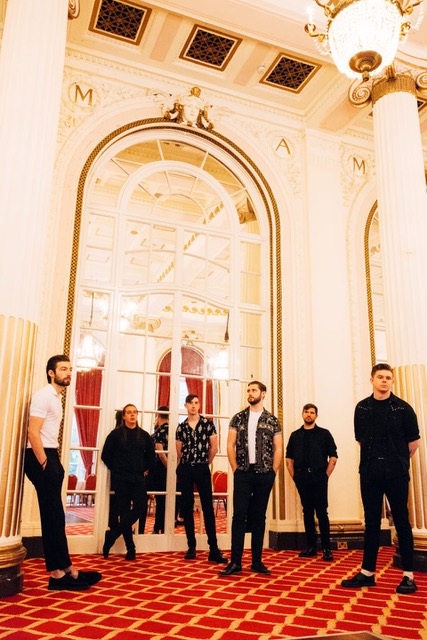 Just in case you’ve been getting withdrawal symptoms since the release of their debut album in January, RED RUM CLUB, are delighted to announce their return with one last hit to see out 2019: ‘Kids Addicted’.
LISTEN HERE: https://RedRumClub.lnk.to/KA
A must-hear epilogue to the cinematic showdown that was ‘Matador’, ‘Kids Addicted’ is a brand new addition to the Red Rum Club arsenal. Definitive of their signature Spaghetti Western Rock’N’Roll sound, ‘Kids Addicted’ is an anthemic and emphatic last hurrah, a track that blazes with a furore of mariachi brass, snake-oil rhythms and galloping percussion.
Co-written with Rich Turvey (Blossoms), an esteemed songwriter and producer who has worked with Red Rum Club from their very early beginnings, ‘Kids Addicted’ bears an added emotional heft too. Speaking about the underlying message of the new track Fran Doran says:
“Kids Addicted is an observation we wanted to make on the modern age of social media and the effect it has on youth culture. The constant interaction with a vast amount of people and the highs and lows of its addictive nature.”

Loaded with a chorus of heroic proportions, the new single lands with what may be the band’s most ear-worm worthy moment to date. Destined to be bellowed to the heavens by their avid fans, expect a break out of “We are the kids addicted” mass singalongs this Autumn…
The new track arrives as the band buckle-up for a spate of UK dates throughout the Autumn. Lining up some final festival shows at Twisterella in Middlesbrough (12 Oct) and Neighbourhood Festival (12 Oct), the band will also be squeezing in a full run of headline shows nationwide. With tickets on sale now, full dates and details can be found as follows:
RED RUM CLUB – AUTUMN 2019 DATES