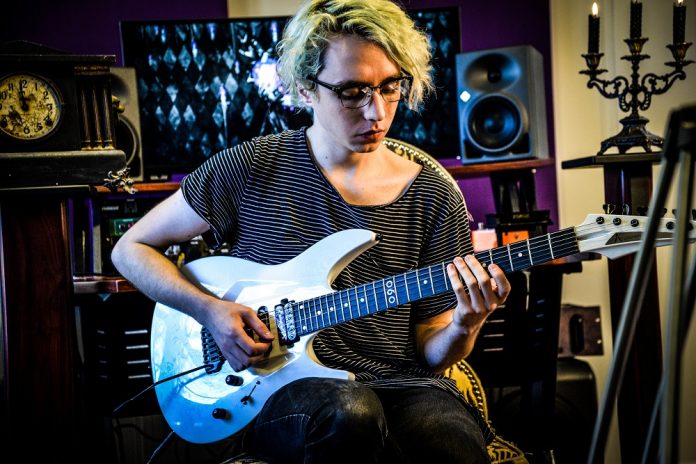 ECHOPRAXIA’s second EP is five instrumental cinematic tracks inspired by composer Danny Elfman‘s ‘Halloween’ theme as well as his score for ‘The Nightmare Before Christmas’. Influences also include the jazz innovator Django Reinhardt, the rhythmically aberrant Vildhjarta, the blackened darkness of Dimmu Borgir and J.S. Bach, a cornerstone of western melody.

The resulting combination of these influences is a haunting, abrasive, intricately melodic and dynamically heavy listen, with a cheeky touch of humour.

ECHOPRAXIA is the brainchild of Nashville TN guitarist Austin Woodward. By day Austin engineers, tracks and composes music for videogames, so it’s no surprise that he’s created an incredibly complex, atmospheric and highly accessible work which gets even more enjoyable with every listen.

Pumpkin Palace needs to be the Halloween soundtrack for every metal fan.