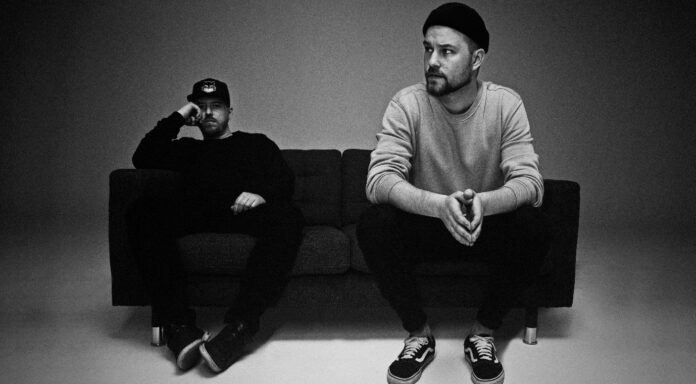 PORT NOIR return with a glorious slice of progressive dark pop/alt-rock on new single ‘All Class’ Taken from their upcoming new album, the band once again push the envelope with a track that blends  the electro/rock influences of Enter Shikari with direct pop suss of recent Royal Blood. Driven by a powerful percussive backing, elevated by wonderful vocals and an unforgettable hook, ‘All Class’ is Port Noir 3.0 in technicolour perfection!

Port Noir is one of those rare bands that, try as you might, are impossible to fit into a neat box. Mixing edgy, contemporary dark pop, R&B, and rock into a sound that is both unique and refreshing. Hailing from Sweden, the band have released three critically acclaimed albums (the brand-new album is imminent) and toured extensively, including support shows with the likes of Karnivool, Leprous, Kaiser Chiefs, In Flames, Vola, Pain of Salvation, as well as prestigious festival appearances including Eurosonic.

The band’s previous album (‘The New Routine’) saw a significant increase in listeners/streams, pushing the band’s support of over 7 million streams, as well as garnering fantastic support across the press and radio. Like everyone else, everything came to grinding halt with Covid for the band, but, undeterred, they utilised their down time and began working on new songs and new ideas, all which culminated in some of the band’s most diverse, eclectic, and powerful new material to date. As you’ll witness when the new album arrives in 2022.