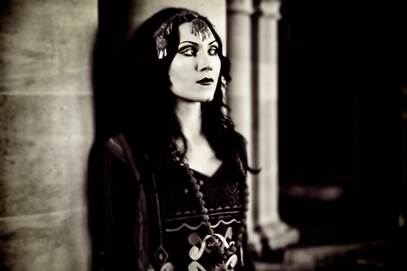 Scot psychers head out on tour and album pre-0rders available

Purson welcomes you to Desire’s Magic Theatre…Fans can now pre-order the album ahead of its official global release on April 29th  2016 via Spinefarm Records.

Desire’s Magic Theatre, the album, has been picking up positive response right across the board, with lead track,Electric Landlady, and latest single, Desire’s Magic Theatre itself, getting strong support from a variety of sources. Over the past few months, Purson have been featured on 6 Music Freakzone, Radmac, Lamacq & Marc Riley shows (recently completing a session), the R1 Rockshow, Absolute Radio Frank Skinner, Planet Rock, TeamRock Radio and various regional new music stations across the UK.

Desire’s Magic Theatre draws inspiration from the rock operas of the late sixties and early seventies; musically, visually and lyrically, it touches on a variety of realms, including folk, prog, psychedelic, gothic & classic rock, making telling use of classical instruments and complex arrangements, and fully exploring the outer limits of reel to reel tape.

Says singer / guitarist /song-writer Rosalie Cunningham: “Desire’s Magic Theatre has turned out to be everything I’d imagined and more! My world has been so consumed by it that I’ve barely been able to reflect on what it has become: a technicolour variety show, a playful display of the musical whims only briefly hinted at in our previous work; a psychedelic rock opera dedicated to our good friends Sarge Pepper and Zig Stardust.”