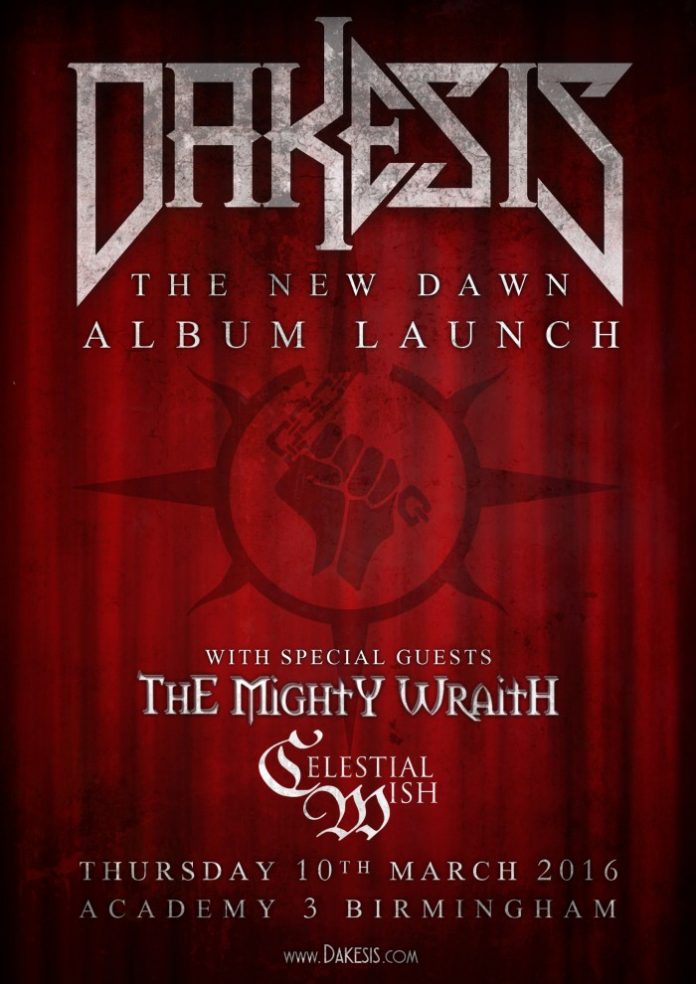 The band are pleased to announce that the title of their new album will be ‘The New Dawn’. The album will be released on March 10th 2016 at their album launch show at The 02 Academy 3, Birmingham. Tickets will be on sale from today, along with album pre-order’s and merch bundles.

‘The New Dawn’ is a concept album based upon a Kingdom in jeopardy, this forms a story around a revolution among the people as they battle to save themselves and restore peace to the land.

Dakesis have this to say regarding the album:“After years of hard work and months in the studio we are so proud of the latest album and can not wait to share this with the world. We are so grateful for the continued support and patience with waiting for this release. We’re thrilled to be working with Nino and Sonic Pump Studios who we consider to be one of the best in our genre.” 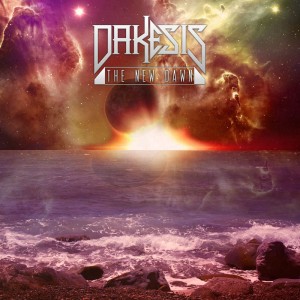 Tracklisting is as follows:

The album has been mastered by Svante Forsback of Chartmakers (Dragonforce, Apocalyptica, Rammstein, Sonata Arctica).