A NEW SHEFF IN TOWN 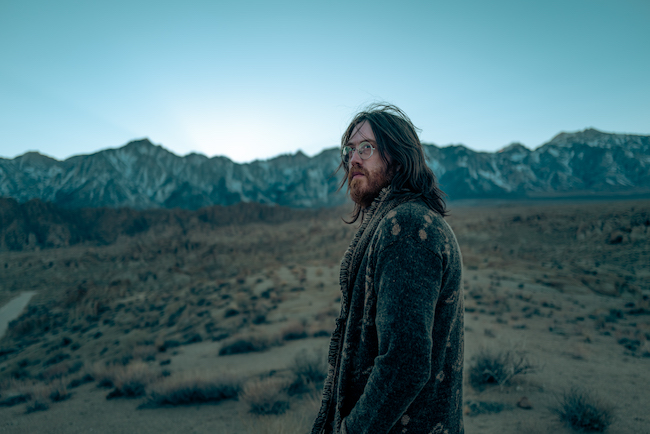 While Sheff acknowledges that the album’s title opens him up to some cheap digs from music writers, ‘Nothing Special’ is not mere self-deprecation: it’s a record that wrestles with the dream of rock and roll exceptionalism and the realignment of values necessary to move past youthful delusion and give your day-to-day life a more mature sense of meaning and hope.

Says Sheff, “When I was just a kid, I got caught up in the dream of being a rock and roll star. Like so many other young people, I fell in love with the idea of being called to this glorious path outside of ordinary life. And I ended up in a band with people who felt this same call – especially our brilliant drummer Travis Nelsen, who was like a brother to me. We would trade tales of hilarious antics and outrageous excess and tragic death like they were almost scripture. Travis and I fell out painfully, and he died in the early weeks of lockdown. I think a big part of ‘Nothing Special’ centres around grieving for him, grieving for everything my friends have lost, grieving for the rock and rock and roll myth, and trying to open my eyes to a more transcendent reality.”

Sheff sets this emotional journey to arrangements that contain subtle surprises, referencing baroque pop, blurred-lens synth ballads, sci-fi psychedelia and the widescreen ambience of 1970s and ‘80s ECM Records releases. It’s a record that follows its own idiosyncratic yet intuitive internal logic as we follow Sheff — and his expansive list of collaborators — into whatever’s next for us, both individually and collectively.

Accompanying today’s announcement is a video for ‘Estrangement Zone‘, a song that sets Sheff’s less-than-hopeful vision of society’s decline to retrofuturistic digital timbres more associated with Oneohtrix Point Never or Boards Of Canada than Okkervil River. Directed by Johnny North and prominently featuring Marcus Paek as a character simply called The Youth, it’s a mystical desert fantasy that’s part ‘Dune’, part ‘Stalker’. Says Sheff: “I think of the ‘Estrangement Zone’ video as a kind of magical spell the crew and I were trying to cast — a parable about endings and beginnings happening simultaneously.”

Inspired by the organically unfolding musical storytelling of King Crimson, Joni Mitchell and Bill Fay — as well as the natural wonders of Southern California’s mountains, deserts, and lakes — Sheff began writing ‘Nothing Special’ following a move to Los Angeles that precipitated a series of life changes. Having properly set Okkervil River to rest while putting together the 12-volume, career-spanning 2019 live compilation ‘A Dream In The Dark’, he opened up his circle of collaborators and began co-writing more. He deepened his spiritual practice, quit drugs and alcohol, and he adopted a dog. With a newfound sense of freedom and possibility, he set about creating a robust architecture for a new album.

Recording with some old friends (guitarist Will Graefe and bassist Benjamin Lazar Davis) as well as new collaborators (singer/songwriter Christian Lee Hutson, Dawes drummer Griffin Goldsmith, and Death Cab For Cutie pianist Zac Rae, as well as guest vocals from Cassandra Jenkins and Eric D. Johnson of Fruit Bats and Bonny Light Horseman), Sheff took a less participatory and more painterly approach than his production on Okkervil River records. Over the course of three separate sessions — engineered by John Congleton (St. Vincent, The War On Drugs), Matt Linesch (Edward Sharpe, Gil Landry), and Marshall Vore (Phoebe Bridgers, Conor Oberst) — Sheff largely stayed behind the glass and directed the band through performances that sought to gradually build to an unforced and rewarding climax with little concern for adhering to pop orthodoxy (or succinct runtimes).

The approach clicked. Throughout ‘Nothing Special’, Sheff traverses varied terrain: delicate passages give way to soundscapes of decaying synthesisers and liquid guitar tones build up to arms-aloft rallying cries as he wrings optimism out of grief and plots an escape from society’s vicious cycles. Ultimately, ‘Nothing Special’ serves as a reminder for us to be gentle with ourselves and others amid life’s challenges. It’s a fitting sentiment for an album dedicated to shedding the past to more fully inhabit the present, a conscious abandonment of cynicism for hope.

Will Sheff, who embarks on a nationwide tour of the US in November, has also announced a UK show at London’s Omeara on 8th March 2023.

“In The Thick Of It”

Connect With Will Sheff

Previous article
PRIVATE PARKS
Next article
ABOUT THIS LOVESICK ANYWAY