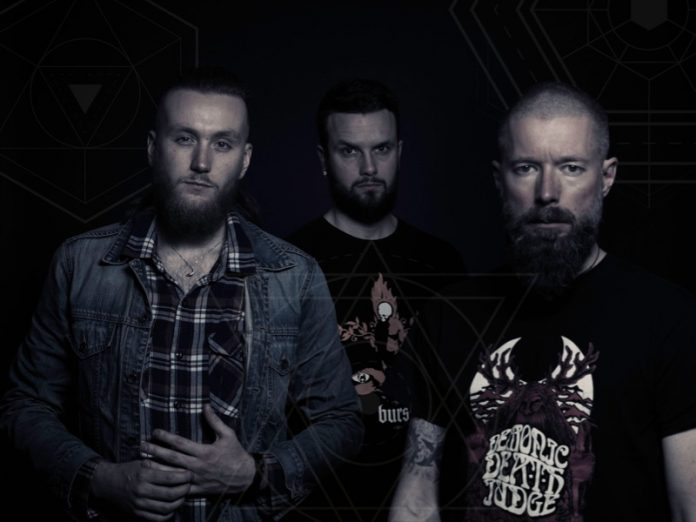 Formed in 2014 in Gothenburg by bassist/singer Danne Palm, guitarist Christoffer Norén and drummer Johan Küchler, Cities of Mars take a lead from the likes of Mastodon, Kylesa, Sleep and Baroness.

Combining heavy doom riffs, ambient soundscapes and haunting vocals, there’s an unmistakable sci-fi narrative that flows through their music, helping them to push boundaries and channel their unique firebrand of heavy progressive rock.

As chief proponents of stoner metal and corporeal ancestors in a revered lineage of Swedish doom rock history, following the success of their inaugural/self-released digital single ‘The Third Eye/Cyclopean Ritual’ (produced by Esben Willems of Monolord/Berserk Audio) the band wasted no time in setting out to record, Celestial Mistress. Released in 2016 on Suicide Records, this mind-crushing EP – featuring the captivating artwork of Gothenburg-based graphic artist Axel Widén – truly signalled the band’s arrival on the underground scene.

Cities of Mars have embarked on numerous European tours since their inception and new shows heralded the arrival of new songs, all of which fed into the release of their debut album, Temporal Rifts (2017). With the lyrics on each song adding a chapter to a continuing story, Temporal Rifts follows the ascent of a Soviet cosmonaut on a covert space mission in 1971 and his discovery of an ancient Martian city that awakens a sleeping conspiracy from the dawn of humanity.

This April the saga continues, following three solid years of writing, jamming and touring under their collective belts. Now working alongside Ripple Music label and the management skills of Blackskull Services, Cities of Mars will unleash their awesome new album The Horologist on 5th April 2019.

Pre-order the album now at www.ripple-music.com
CITIES OF MARS: