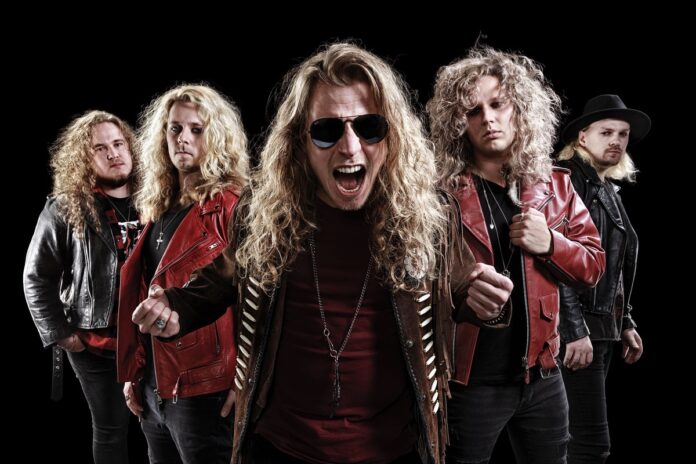 Finnish hard rockers Temple Balls have today released a special live EP, ‘The Studio Session 2021’ on all digital platforms, with a video of the full performance also made available via YouTube. The performance was captured when the band were rehearsing for their autumn tour with H.E.A.T., which has now been rescheduled for 2022 (see dates below).

emple Balls are an energetic hard rock band from Finland. ‘Pyromide’, their Frontiers debut but third album overall, was released in April 2021 and is a tour de force of melodic hard rock that sees the band pushing themselves onto the world stage. Produced by Jona Tee (H.E.A.T.), it is a tour-de-force of hooks, powerful rhythms and anthemic rock ‘n roll like it was meant to be played.

The debut album by Temple Balls, ‘Traded Dreams’, had been produced by Tobias Lindell (Europe, H.E.A.T.) and was released in 2017. Promoted with tours that included dates in Japan, the readers of renowned rock magazine Burrn! subsequently voted the band as ‘second brightest hope’, while they were also chosen as ‘newcomer of the year’ on the well known Japanese TV show  Rock TV!

A follow-up album, ‘Untamed’, was released in 2019 and received spectacular reviews in Finland and once again in Japan. The band toured Europe that autumn with Sonata Arctica, cementing their reputation as a stellar live act in the process. Prior to the pandemic, they also opened for Queen, Deep Purple and Uriah Heep, proving that they were more than capable of handling stages of any size.