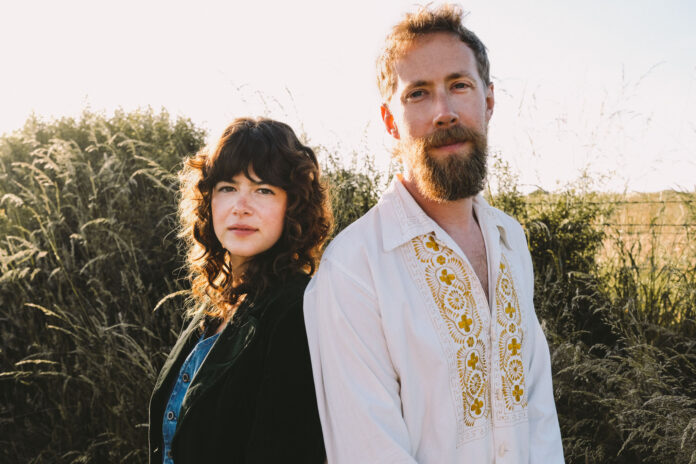 Native Harrow have announced details of their new album ‘Old Kind Of Magic’ and released the title track and video.

Arriving October 28 via Loose Music, ‘Old Kind of Magic’ is the fifth long-player from Native Harrow – Stephen Harms and Devin Tuel – and arrives two years after they left Pennsylvania for a new life in Sussex. It is in this new place that the duo self-produced a work that is simultaneously their most sweepingly expansive and delicately intimate album to date. The songs on ‘Old Kind Of Magic’ move dramatically from the opening field recording of the Brighton seaside, to Laurel Canyon-esque folk-rock, piano and Rhodes-tinged soul-jazz balladry, oud and harpsichord driven 60s technicolour psychedelia, dense modernistic string quartet writing, and wide-as-the-western skies panoramic pedal steel with sepia-toned 12-string.

On the title track “Old Kind of Magic“, available today, glittery Rhodes and glistening hollowbody guitar parlay with bright-eyed bass and outstretched California canyon drums, creating a sound described by the band as evoking “the golden light of 70’s FM radio, spilling across the plush wall-to-wall carpet of suburban reminiscence and recollection.

As the writing and recording of the album came to a close, the couple moved from Brighton to rural Sussex and a familiar bucolic life. They enlisted Alex Hall (their collaborator for 2019’s Happier Now and 2020’s Closeness) to add his signature drums and percussion throughout, along with an incendiary piano part on “Used To Be Free.” Joe Harvey-Whyte added his celestial pedal steel to “Heart of Love” and “I Remember” and violinist Georgina Leach layered a one-woman string section over “As It Goes” and a galvanising quartet on “Long Long Road”. Mixing was completed by Hall at Reliable Recorders in Chicago, IL and the record was mastered by Guy Davie at Electric Mastering in London.

Native Harrow will be performing at the Mid Sussex Americana Festival on August 26. Stand by for news of a UK tour.