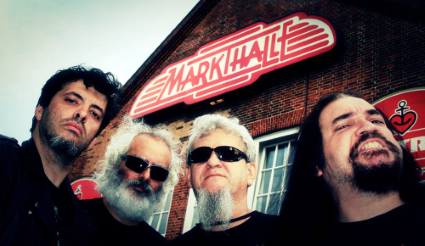 Death metal pioneers erupt
Greyhaze Records is set to unearth Bloody Vengeance, the 1986 full-length debut from Brazilian death metal pioneers VULCANO.
Formed in 1980, VULCANO is thought to be the first band from Brazil, and possibly South America, to play extreme metal. An early influence for the likes of SEPULTURA and SARCOFAGO, VULCANO’s primal blend of black, thrash and death metal sparked a flame that quickly spread across the mid-80s underground metal community.
Considered one of the most important albums in South American (and beyond) extreme metal, Bloody Vengeance is being reintroduced to a new generation of maniacs. Fully remastered and accompanied by a DVD that features a live performance from the 1986 Festival Da Morte Greyhaze Records will reissue this cult classic as a six-panel digipak CD/DVD on May 18.