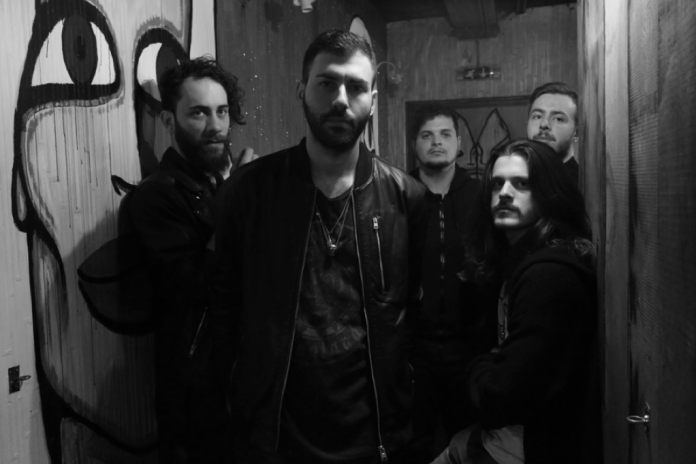 Greek hard rock outfit 7he 7ouch are breaking onto the UK music scene with hook laden, power anthems that have the potential to fill arenas. Packed with overdriven guitars, emotion-fueled raspy vocals and fearlessly huge choruses, 7he 7ouch have mastered the art of producing solid rock tracks that are infectious and from the heart.

The new track ‘My Face’ is no exception, exploding instantly with catchy riffs and thrashing drums, before lead singer Constantine’s distinct vocals kick in with raw energy and grit, navigating through a tale of overcoming rejection. “Getting rejected from the ones you love doesn’t always have to work out bad for you, if you know who you are, know your worth as a human and know you gave the best of yourself to it.

“If you take on the rejection, even befriend it, then sooner or later it’s going to take a 360 turn and then you’ll be the one who’s calling the shots. That’s what this song is about” they reveal.

The expansive gang vocals that echo throughout the chorus makes this an unforgettable number.

It’s the next installment from the band’s debut EP SeventySeven, which will be released independently on October 29th, following the first single ‘Solution’ and the follow up ‘You Can’.

The EP carries with it a memorable journey that saw the five piece flee their Athens home amidst the financial crisis and embark on a path to success in the UK’s music capital. Following a rough start, friends Constantine (vocals), Stelios (guitar), John (lead guitar), Toni (bass) and Dave (drums) are now ready to pursue what they came here to do.

Each of the 6-tracks tell a story of experience and determination that has ultimately shaped the core of this promising debut. With each member bringing influences ranging from old school rock’n’roll through to nu metal, 7he 7ouch have created something personal which pays homage to the past, whilst ferociously tearing into tomorrow.