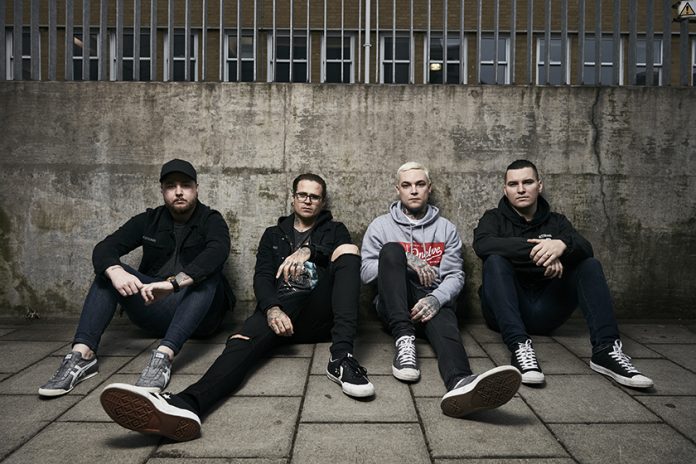 Australian metalcore giants THE AMITY AFFLICTION are delighted to announce their return to the UK as exclusive headliners of the Kerrang! Tour 2017.

Now in its 12th year, the Kerrang! Tour – which in its history has seen the likes of Biffy Clyro, Bring Me The Horizon, All Time Low, Limp Bizkit and more play under its banner – has long been renowned as one of the most exciting events in the music calendar, pairing some of the biggest names in rock and metal with the hottest breakout artists in the world today.

Kerrang! Editor James McMahon says: “Winter is coming, as they say in Westeros. But what they don’t have up there on The Wall is the Kerrang! Tour to heat things up, and 2017’s line-up – coming to you at the end of the year, rather than the beginning – is a veritable inferno of talent to warm the cockles. Headed by Australian metalcore titans The Amity Affliction, and backed by three of rock’s most exciting new bands – the modern emo of Boston Manor, the day-glo pop rock of Vukovi, the sincere rage of Casey – this is a line-up hotter than Hell, and a perfect celebration of where rock finds itself right now. Not a genre, but a spirit. See you in the pit!”

Multi-platinum-certified band THE AMITY AFFLICTION have established themselves as a leading force in the heavy music world over their five-album career. Their cathartic most recent album, This Could Be Heartbreak, marked their third straight Number One album in Australia (a feat only achieved by five Australian bands ever), and brought them their highest global chart positions to date, as well as worldwide critical acclaim. The band have performed incendiary sets at Slam Dunk and Download in the UK, as well as multiple sold-out headline tours, and take on Reading & Leeds Festivals this weekend.

Two short years after five driven individuals from Blackpool formed BOSTON MANOR, they had signed with renowned U.S. indie label Pure Noise Records, and released their debut album Be Nothing in 2016 to widespread praise. Boston Manor’s modern-day emotive punk anthems strike a chord wherever the road takes them, from Warped Tour to Slam Dunk via Reading & Leeds Festivals, and the Kerrang! Tour 2017 will equally fall under their spell.

Rapidly-rising Scottish rock outfit VUKOVI released their debut self-titled album in March of this year to a wealth of critical acclaim, and have since been thrilling crowds at festivals and venues with their colourful and explosive sights and sounds, fronted by the whirlwind of energy that is Janine Shilstone.

Wales’ CASEY are committed to crafting music that is as emotionally delicate as it is brutally relatable, combining ethereal melodies with cutting riffs and impassioned vocals. Seeing Casey live is an all-encompassing emotive experience, and the band have been stunning crowds across the UK and Europe since debut album Love Is Not Enough was released via Hassle Records in 2016.

Taking place this December at eight cities around the UK and Ireland, fans are able to see four of the most exciting names in rock music for just £17.50 (plus booking fees; Dublin: €19.10, plus fees). The tour calls at the following venues:

Tickets are on sale Wednesday, August 30, from 10am, via Gigsandtours.com and Ticketmaster.co.uk (for Dublin www.ticketmaster.ie).