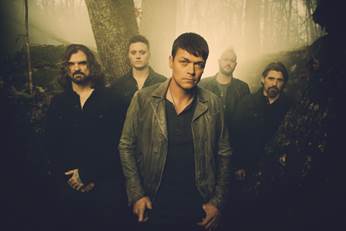 Mega selling US stars hit these shores in November

3 Doors Down has announced a headlining European tour in support of the band’s recently released Us And The Night album out now on Spinefarm Records.  The 13 confirmed dates will bring the group into Germany, Austria, Switzerland, Netherlands, and The United Kingdom.  The run kicks off on October 19 at Berlin’s Columbiahalle, and wraps at UK’s Hammerstein Apollo on November 6. Pop Evil will be direct support on all dates. For the first time in Europe the band will offer a VIP Sound Check Party which includes access to the band’s afternoon rehearsal, M&G, Photo opportunity, exclusive laminate, signed poster and more. Details are available at www.3doorsdown.com

Singer Brad Arnold shares, “Chris and I had a great time setting up the record in the UK, Paris and Germany this past March and have been looking forward to getting back to Europe for some time now. Our European fans have always welcomed us with open arms and been big supporters of our music. We can’t wait to be back rocking and playing songs from our newest album “Us And The Night” for them!”

Grammy Award®-nominated, multi platinum band 3 Doors Down released their sixth full-length album, Us And The Night on March 11 globally.  The lead single “In The Dark” has risen on the charts across the world and is a bona fide smash at rock radio.  The group recorded at Rivergate Studios in Nashville, TN with producer Matt Wallace [Maroon 5, Train, Faith No More] over the course of 2015.