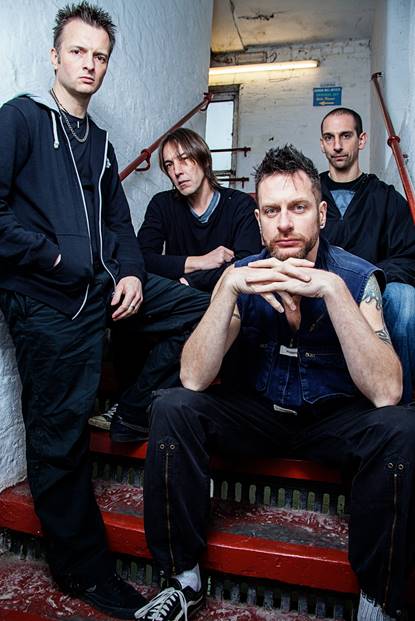 However, it was only with their second album, 1998’s Deviate that the band found their own highly innovative sound. With Matt Pollock and Caroline Campbell recruited for vocal and bass duties, and Andy Sneap producing, the album was released to critical acclaim from press and fans alike.

Ben Calvert replaced Jeff Singer for touring duties, with support slots to ANTHRAX, UK dates with SOULFLY, a European tour with ENTOMBED, then a UK headline tour, before heading out as sole support on SLIPKNOT‘s debut European tour.

The band’s third album, “Trinity”, once again produced by Andy Sneap, featured guest vocals from FEAR FACTORYfrontman Burton C. Bell. The band was confirmed as support to DEVIN TOWNSEND‘s UK dates, followed by a U.K. tour with FEAR FACTORY, and once again SLIPKNOT in Europe.

In the Spring of 2004 Mark Mynett revealed that the fifth KILL II THIS album would be the band’s last. However, plans for the swan song KILL II THIS outing took on a new direction when the album “A New Spiritual Mountain,” was released under the new band name CITY OF GOD. This new outfit comprised Jeff Singer, fresh from his stints with PARADISE LOST and BLAZE, Simon Gordon, ex-XENTRIX, and Tim Preston, ex-DEARLY BEHEADED. The band didn’t tour in support of this album and it seemed KILL II THIS had indeed come to an end.

In 2014 – following years of, “should we, shouldn’t we,” conversations between founder members Jeff Singer, Mark Mynett and Pete Stone – the band was reactivated, with Simon Gordon taking on vocal duties. The band headlined the ‘La Fiesta Du Rock‘ and then set about writing new material, to be released toward the end of 2016.

To keep up to date with Kill II This news; visit www.kill2this.co.uk