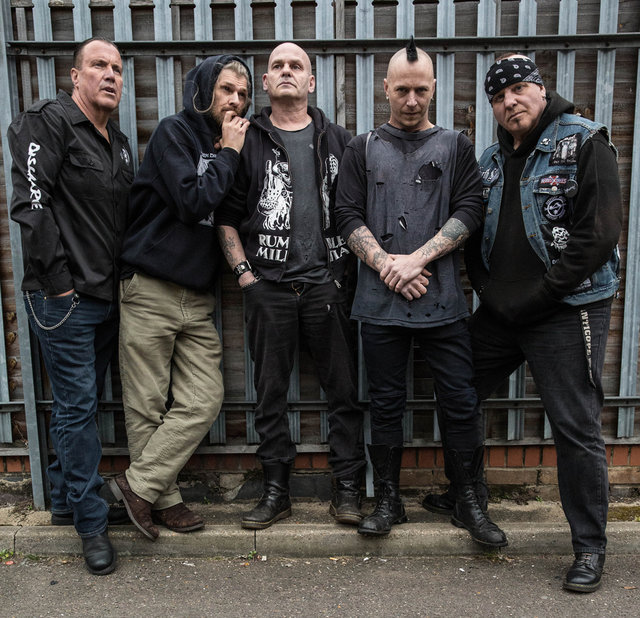 UK hardcore punk legends DISCHARGE released their new album ‘End Of Days’ on Friday via Nuclear Blast! This is the band’s seventh full-length album and comes eight years after their last release. Given the band’s incredible 40 year career, it comes as no surprise that they have influenced a raft of musicians and bands along the way – one of those bands being Bay Area thrashers, Death Angel. Watch a trailer featuring Mark Osegueda and Rob Cavestany waxing lyrical about DISCHARGE, here:

Order End Of Days on Limited Edition White Vinyl or as a Limited Edition T-shirt and CD bundle exclusively from the Nuclear Blast UK store:  http://bit.ly/DischargeStore

Or alternatively, pick up the CD or standard vinyl from Recordstore to receive a hand-signed insert with your order:  http://bit.ly/DischargeSigned

The album will also be available on Neon Orange Vinyl exclusively from the Nuclear Blast UK store on May 13th:  http://bit.ly/EndOfDaysOrange