Read All About It In The Gazette 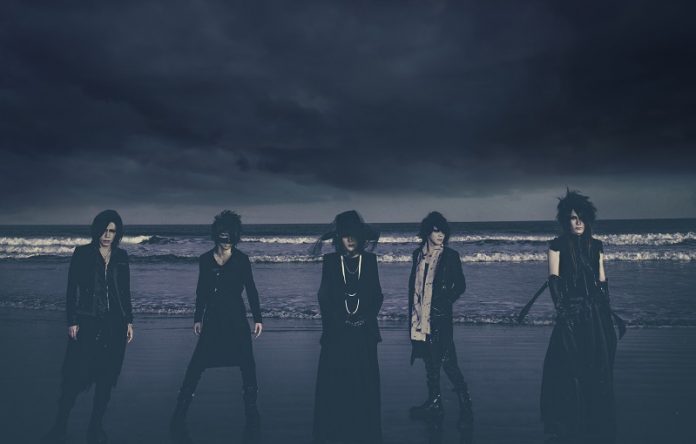 the GazettE, one of Japan’s leading heavy rock bands, will release three track maxi-single ‘UNDYING’ via JPU Records on 27 April 2016, the same day as they perform in Canada as part of their world tour.

‘UNDYING’ is the 6th movement of PROJECT:DARK AGE, an artistic venture involving 18 creative professionals spanning Japan’s fashion, design, photography, sound, film and stage industries, with the GazettE’s five members at its centre. ‘DOGMA’, the GazettE’s latest album, was the first movement, and the current world tour makes up movements 7, 8 and 9.

‘UNDYING’ is mastered exclusively for iTunes and features crystal clear 24-bit audio. A video preview of all three tracks from the single have been made available from the band’s official YouTube Channel.

Since 2002, the GazettE has risen to become one of Japan’s most successful rock bands. They’ve refined and redefined the boundaries of rock music, achieving continual chart success despite their often heavy, ominous sound.

In the last decade, the GazettE have earned top-ten chart success with all 20 of their major label albums and singles. Their music has taken them all over Japan on massive, sold-out tours and seen them perform at some of the country’s most prestigious venues. Highlights include sold-out “one man lives” (a Japanese term for shows with a single band on the line-up) at the mighty Nippon Budokan, Saitama Super Arena and Japan’s 55,000-seat Tokyo Dome – not to mention packed-out tours across the globe. The band even managed to bring Shinjuku Station – the world’s busiest transport hub – to a halt when a guerrilla gig got out of hand and tens of thousands of fans arrived within minutes of the news breaking on social media.

the GazettE emerged from the depths of “visual kei”, a Japanese cultural music and fashion phenomenon. Originally part of its underground scene, preforming at tiny venues and self-releasing CDs, they now fill stadiums and have become known as one of the most significant names of the genre, effortlessly rewriting its rulebook with every release.