Albany Down: The Outer Reach – Track By Track 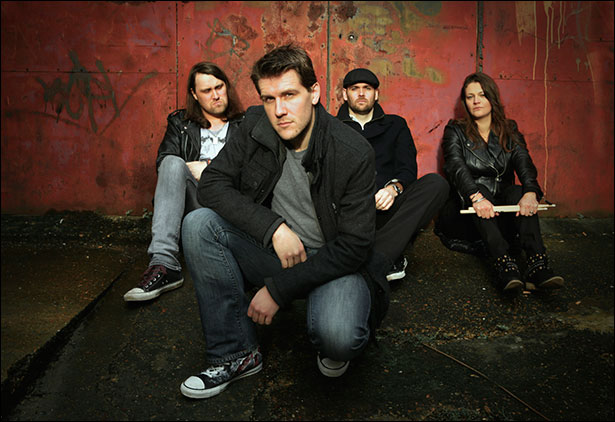 Brilliant British Rockers talk you through their new one 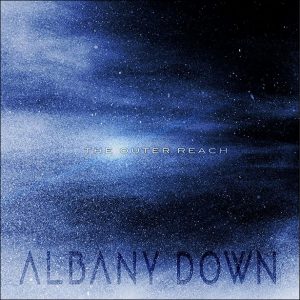 THE OUTER REACH – TRACK BY TRACK

1.  FEEDING THE FLAME
A song about addiction and compulsion.  Repeatedly running back to something you can’t (or won’t) give up, no matter how much it keeps hurting you and the people around you.

2.  DO YOU WANT ME NOW
A typical story of a couple that clearly have some kind of a connection, but the signals are mixed.  It’s basically one person calling the other out to make a decision.

3.  SUPERSONIC GIRL
In a funk style, this is about trying to keep up with a dynamic partner who can’t seem to sit still and just sweeps you away.

4. MR HANGMAN
A sequel to South of the City, Mr Hangman is about the wait before an old cowboy-style execution.  It’s all about the regret that comes from not doing more with your life.

5. LIKE A BULLET
A song about obsessive love.  Bittersweet because maybe you shouldn’t be together.

6. HOME
A semi-autobiographical tale about the desire to get back to the comforts of home when you’ve been away for a long time. I bet most bands can sympathise with this one!

7. REVOLUTION
This is about unhappiness at the way people are treated by governments and how the only way to change it is to stand up for what you believe in.

8. THE DROP
Just waiting for something to happen.  While it’s a relationship that’s described in the lyrics, it was actually written with a video game in mind!

9. LOOK WHAT YOU’VE DONE TO ME
A double meaning here.  Although it could easily be about a relationship, the lyrics were actually inspired by a particularly bad hangover!

10. I NEED YOU
An old school rock track. This is about leaving someone behind, regretting it and begging to be taken back.

11. SING ME TO SLEEP
This is about the desire to be with someone who makes everything in your life feel right. Whether that’s a partner, a parent or a sibling, this song celebrates togetherness.