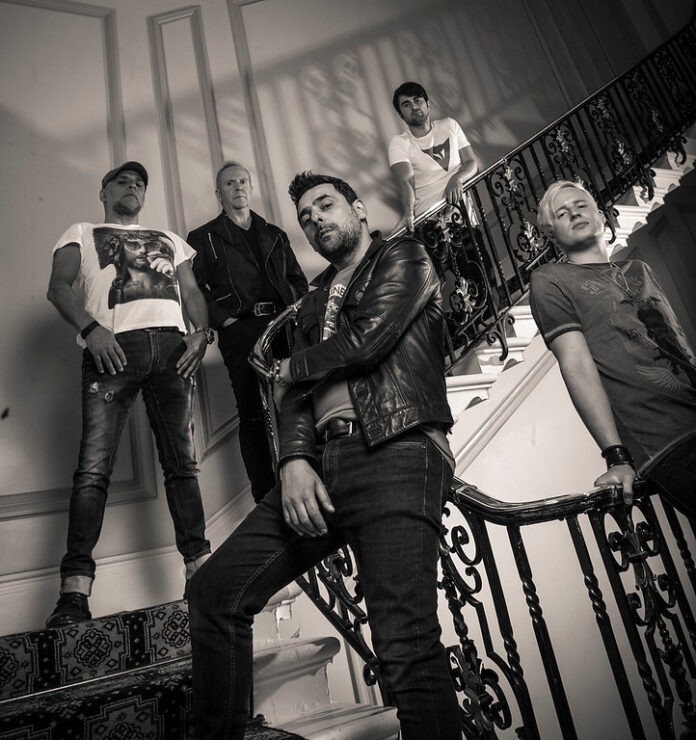 Glaswegian rockers GUN are back with their latest release from the forthcoming album, ‘The Calton Songs’ with the retooled 2022 version of ‘Higher Ground’ being made available on 24 August. The original was released a full 30 years ago on the band’s ‘Gallus’ album. The single artwork features an image of Muhammad Ali, taken when he visited Paisley – not far from GUN HQ – in the 60s. Some would claim that he lost his fight in Scotland because he visited every children’s hospital in the area and was exhausted by the time he needed to lace up his gloves.  He was beaten by Jimmy Ellis, his main sparring partner, who would become world champion in 1968 after Ali was stripped of his title for refusing to be drafted into the army during the Vietnam War. A man of principles, Muhammad Ali was no stranger to the ‘Higher Ground’.

‘The Calton Songs’ will be released on Cherry Red Records on 14 October 2022 and will be available on Cherry Red-coloured vinyl, CD, cassette and digital. ‘The Calton Songs’ is a full-blooded celebration of the band’s career so far with enthusiastic and brand new acoustic reinterpretations of the songs that made their name. These classics are bolstered by ‘Backstreet Brothers’, a new and fully electric track that basks in the joys of both lives and good times shared, and brings the GUN story up to date.

As Jools Gizzi says, “When the pandemic hit we realised that it was the perfect time to try and counteract the bleakness that was all around. It felt like we couldn’t write anything, or of course tour. Out of that darkness came a desire to completely rework these songs that we know the fans love, and bring a different, stripped down vibe”. Dante Gizzi added, “It’s ironic that those feelings of negativity led to something so positive, a celebration of our career up to now”.

‘The Calton Songs’ takes its name from the area of Glasgow where the band grew up, and where they still write their music. These new versions of great songs are cut through with un-ironic nostalgia but this is a band with an eye on the horizon for what’s to come. ‘Taking On The World’ announced the band to a global audience in 1989, the follow up was ‘Gallus’ which featured ‘Higher Ground’. ‘The Calton Songs’ is the latest milestone and follows-up ‘Favourite Pleasures’ from 2017 which made the top 15, making it their biggest album in almost a quarter of a century, since ‘Swagger’ in 1994.

The band hit the road this year with Dante and Jools performing an intimate acoustic tour at seven UK venues in August, before the band reconvene for The Calton Songs Tour 2022. This takes in nine full electric gigs from to 30 Nov to 11 Dec, including a massive hometown party at the Barrowlands Ballroom. All dates at gunofficial.co.uk/tour.

With ‘The Calton Songs’ now ready, initial work on a potential new studio album started and live dates in, GUN are truly firing once more. They remain in the Top 50 modern hard rock artists in the world according to industry data specialists, Chartmetric, with top 20 albums and singles. They have toured with The Rolling Stones, Bon Jovi and Iron Maiden; this is a band with plenty to shout about. GUN in 2022 features Dante Gizzi [lead vocals], Giuliano ‘Jools’ Gizzi [guitar], Paul McManus [drums], Andy Carr [bass] and Tommy Gentry [guitar].

From Glasgow to the world was always the mentality, and their desire to entertain and reach the ‘Higher Ground’ remains undimmed and on ‘The Calton Songs’; these ‘Backstreet Brothers’ remain serious contenders.

Previous article
HANDS JOB
Next article
FROM STRATOVARIOUS TO THE WORLD