THE JOYS OF THE SUBWAYS 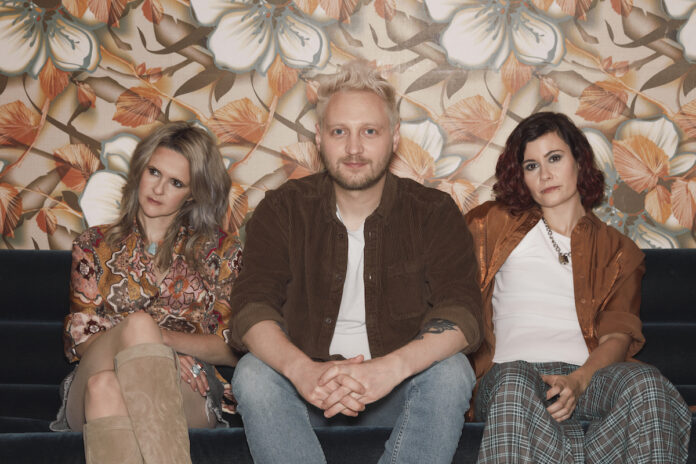 The album is available to preorder now from: http://www.ilovealcopop.co.uk/

To celebrate the news, the band have shared new single ‘Love Waiting On You’ which will be released on 19th July 2022.

Commenting on the track, front man Billy Lunn says: “‘Love Waiting On You’ is about the tension between desperately wanting to be with the one you desire and yet also relishing the suspense in being kept from them. From the confines of my bed on tour (or in my rooms at uni), I would yearn for the love of my life, waiting for her messages to ping on my phone, hoping to hear her voice at the end of the line, desperate to feel her touch. Caught in those moments, there was a joyful pain that made seeing her again unimaginably beautiful. Still, there was something wild and ecstatic about missing her so much.”

Forthcoming new album Uncertain Joys was recorded and produced by front man and producer in his own right Billy Lunn, mixed by the Grammy Award-winning Adrian Bushby (Muse, Foo Fighters, Everything Everything), and mastered by Katie Tavini (Mykki Blanco, Arlo Parks, Nadine Shah).

The Subways revealed the video for the album’s lead single ‘You Kill My Cool’ earlier this spring, following a premiere with FLOOD Magazine. Alongside the track, the band also released single B-side ‘Oi You Boy Bands’ which is out now on all good digital service providers—a rallying feminist cry against all things pale, male and stale that features lead vocals from bassist Charlotte Cooper and new drummer/permanent member Camille Phillips (The Ramonas).

‘You Kill My Cool’ and ‘Love Waiting On You’ are the latest shots of new material from the band following their previous Black Lives Matter-inspired standalone single ‘Fight’ in 2021, collaborating with rising stars Nova Twins and Tokky Horror for exclusive remixes and B-sides.

The band closed out last year on their Young For Eternity Tour dates with ART BRUT, as well as playing a handful of intimate headline gigs, and most recently stormed through the EU in May 2022 for a string of Germany and Netherlands headline dates.

The Subways’ Sep/Oct 2022 UK headline tour dates are on sale now, and they will also be appearing at Truck Festival, Standon Calling, Gateways Festival and Southsea Victorious, with further dates TBA (see below for full listings).

Previous article
AMAR RIGHT?
Next article
THE SECRETS OF BLOODSTOCK