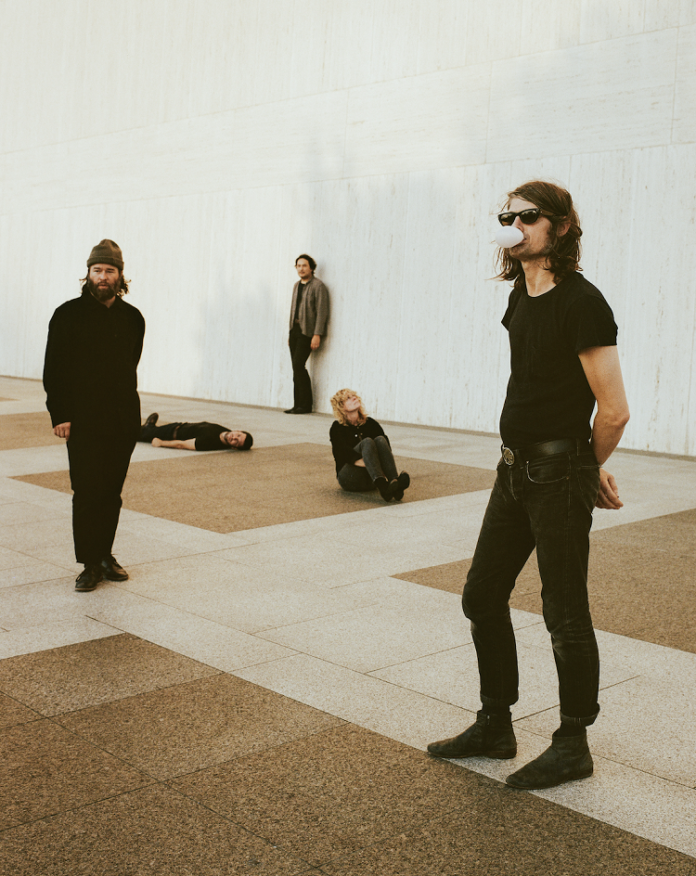 Today, the band has revealed experimental single “Firefly“, a ’60s French pop homage which features the sultry intonations in both French and English from Thievery Corporation’s LouLou Ghelichkani. The new song follows acclaimed lead single/video “El Jardín” which features Austin Amelio from The Walking Dead and stars his son Lev.

The most impactful music reflects a wide-screen view of the world back at us, helping distill the universal into something far more relatable. The Black Angels have become standard-bearers for modern psych-rock that does exactly that, which is one of many reasons why the group’s new album feels so aptly named. It has been 5 years since fans have been treated to an album from the band and Wilderness of Mirrors marks a triumphant return with their foot on the pedal. The new collection expertly refines the Black Angels’ psychedelic rock attack alongside a host of intriguing sounds and textures while political tumult, the pandemic, and the ongoing devastation of the environment have provided ample fodder for their signature sound and fierce lyrical commentary.

Since forming in 2004 in Austin, TX, the Black Angels remain masterfully true to psych-rock forebears such as Syd Barrett, Roky Erickson, Arthur Lee and the members of the Velvet Underground, all of whom are namechecked on “The River.” The band’s global influence is solidified by their beloved, long-running Levitation Festival, the veritable ground zero for the genre’s past, present and future — celebrating its 15th anniversary this year.

Mellotron, strings and other keyboards are more prominent than ever before. The Black Angels – Alex Maas (vocalist/bassist), Christian Bland (guitarist), Stephanie Bailey (drummer), Jake Garcia (guitarist), Ramiro Verdooren (multi-instrumentalist) – co-produced the record, working closely with Brett Orrison (co-producer) and Dinosaur Jr engineer John Agnello to achieve something fresh and new while retaining their heavily influential classic sound. The band just wrapped up a slew of dates supporting Primus and will bring their blistering live show to stages across North America on their headlining fall tour, which kicks off at Psycho Las Vegas on August 20.