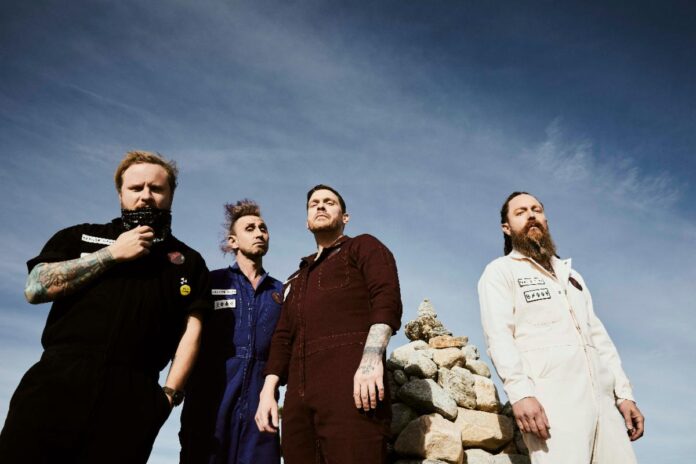 Multi platinum rock band SHINEDOWN have announced the UK and European leg of their Planet Zero World Tour, set to arrive on these shores in November 2022. Tickets go on general sale here at 10am local time, Friday June 17th. Full itinerary below.

“We have always been inspired by the UK and European audiences. Their passion for music is extraordinary. We are beyond excited to be returning as headliners, with our biggest show yet! We are overwhelmed by the love and support of our new album, PLANET ZERO and look forward to sharing our new songs, along with all of your SHINEDOWN favorites!!! Cheers!!!”

The last time the Florida band were this side of the pond in 2019, they recorded their O2 Arena show for the spectacular ‘Live In London’ concert film which you can watch here.

Meanwhile, SHINEDOWN‘s hotly anticipated seventh studio album, Planet Zero arrives on July 1st via Atlantic Records. The collection serves up an incisive look at society’s issues at hand: cancel culture run rampant, the corrosive effects of social media on mental health and society and the increasingly toxic division among those of differing ideologies. Featuring SHINEDOWN’s explosive sound and incisive lyrics, title track Planet Zero arrives with a dystopian warning of the consequences when we start to lose our compassion for one another and respect for those with alternate viewpoints or differing opinions.

Pre-save/pre-order Planet Zero here. Each pre-order includes instant downloads of the album’s singles, Planet Zero, The Saints Of Violence And Innuendo and Daylight.

SHINEDOWN have already hit the road in the US in support of the new collection, with their biggest stage production yet. The band are currently in the UK for festival appearances at Download Festival, a Belfast show with metal legends Iron Maiden, as well as sets at HellFest in France and Graspop in Belgium. For tickets and all show information, visit www.shinedown.com.