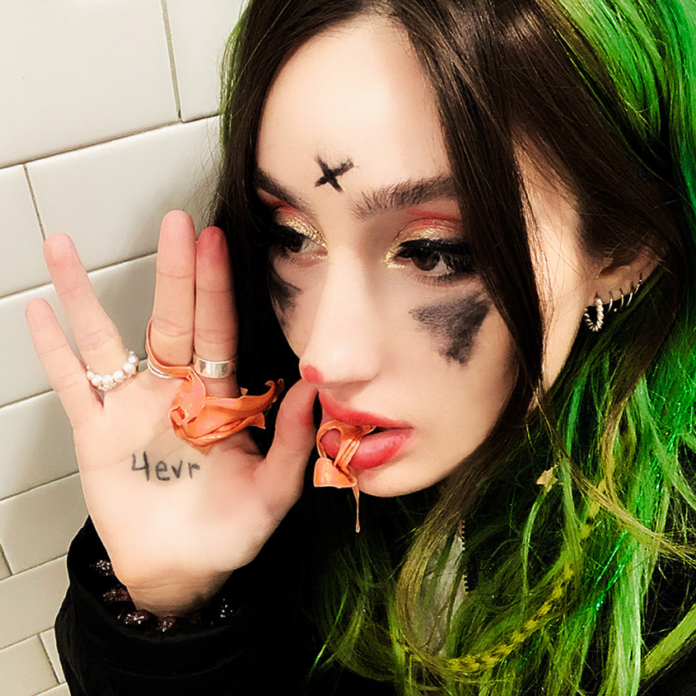 After non-stop demands from fans, aka the “phemily” to #freesillyputty, multi-talented LA alt-pop enigma phem has released her new upbeat love song anthem ‘Silly Putty’. phem has been performing this energetic track on her current tour supporting Waterparks and is eager for fans to finally hear it recorded. Stream here.

Speaking on the new single phem shares, “i’ve nvr dropped a love song before….started playing it while on tour with waterparks and the #freesillyputty movement started so we scrambled to get the song out asap. The energy it brings to the live show is so fun. I can’t wait for ppl to be able to hear the recorded version.”

phem is currently on the road supporting Waterparks on their North American ‘A Night Out On Earth’ tour. In addition to being able to see phem perform ‘Silly Putty’ live across the US, members of the phemily can tune into a few livestreamed digital shows, including tonight’s show in Orlando, FL, through Veeps. A full list of tour dates are below with more information available at https://www.phem4evr.com/.

So far this year, phem has appeared on Royal & the Serpent’s ‘girls’, taken from their ‘searching for nirvana’ EP, as well as Rage Against The Machine guitar-god Tom Morello’s upcoming album, alongside Eddie Vedder, Bruce Springsteen, grandson, Bring Me The Horizon and more. She also played her own self-curated ‘pheelings festival’, a live show

performance featuring her and friends, taped at legendary West Hollywood club The Roxy. The event was broadcast on streaming platform NoCap and was made free to fans courtesy of Arizona Iced Tea.

To date, phem has racked up an impressive set of collaborations with a slew of artists, most recently her feature on Tyler Posey’s first solo record ‘Shut Up’ (featuring Travis Barker) as well as G-Eazy, Machine Gun Kelly, Lil Tracy, The Hunna, and Alison Wonderland, plus tours with artists like Lil Xan and Grandson. Last month she once again showcased her acting prowess on the horror musical podcast follow up to Halloween in Hell, Valentines Day In Hell alongside jxdn, iann dior, Tyler Posey, Adam Carolla, Carlie Hanson and Oliver Tree. Earlier this year phem also appeared in Machine Gun Kelly’s ‘Downfalls High’ film, rated

phem has garnered an impressive set of fans across the Atlantic too, with numerous plays from BBC Radio 1’s Jack Saunders, and further support from Kerrang Radio, with backing from tastemakers NME, DIY, Upset, Dork, Daily Star, Kerrang, Rock Sound, tmrw, 1883 and Independent.

phem will embark on a headline UK tour next year, details to follow soon.