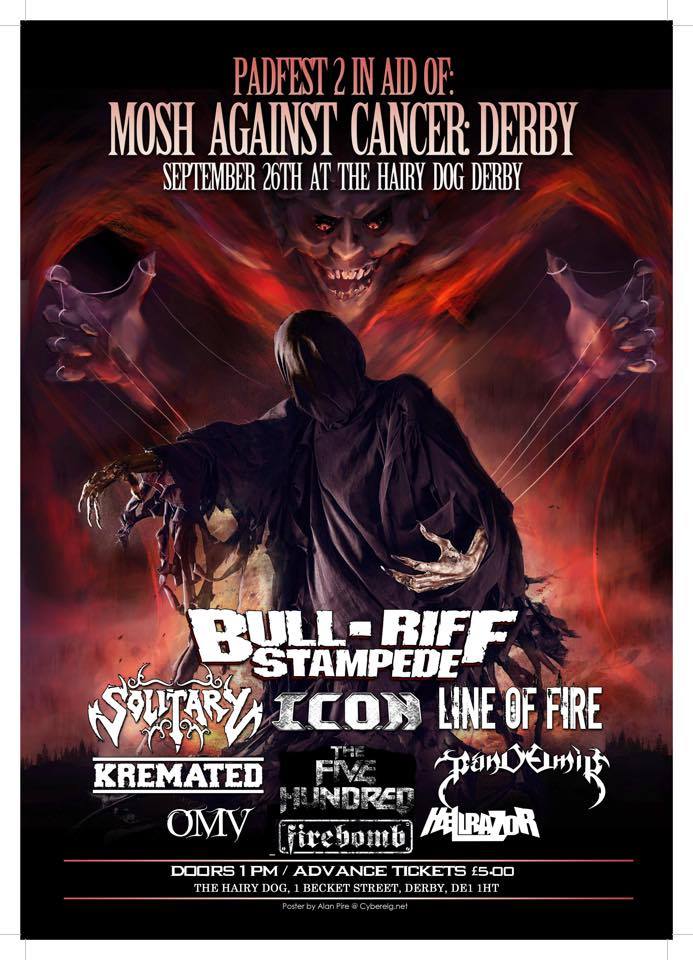 Lancashire thrashers Solitary are working on a new record.

The Preston based outfit have been delivering their uncompromising, resolute thrash metal for two decades now and exciting times lie ahead.

The band are currently in the studio with renowned producer Simon Efemy – noted for his work with NAPALM DEATH, PARADISE LOST, AMORPHIS, CROWBAR and many, many more – working on their third full length studio album. At the moment 2008s Requiem stands as the pinnacle of SOLITARY’s recording career, but all that will change when this monster is unleashed.

SOLITARY will be taking a break from the studio on September 26th to play their part at MOSH AGAINST CANCER, which will be taking place at The Hairy Dog in Derby. SOLITARY will be occupying the special guest slot and playing alongside the likes of BULL-RIFF STAMPEDE and I.C.O.N. Get down to the front and treat yourself to some seriously heavy thrash, while doing your bit for charity at the same time.

The band are currently available for interview, so if you’d like to talk to them about working with Simon Efemy, what to expect from that immense third album, their appearance at MOSH AGAINST CANCER or simply hear tales of twenty years in the thrash metal trenches – get in touch at contact@imperativepr.co.uk with your questions or to make interview arrangements.