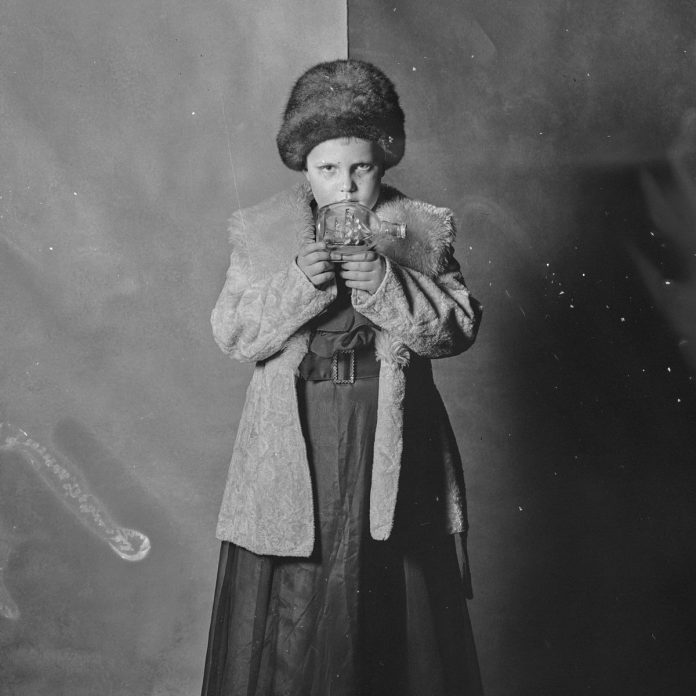 William The Conqueror are a bluesy rock trio fronted by singer and songwriter Ruarri Joseph. The singer released five solo albums before feeling creatively empty and teaming up with Harry Harding (drums) and Naomi Holmes (bass) in 2017 to form the band, who have been described as ‘Southern rock with a British twist’. The latest release `Maverick Thinker` is the final in a trilogy of albums that has included previous releases `Proud Disturber Of The Peace` and `Bleeding On The Soundtrack`. These can be divided into three stages: Child / Father / Mother or Innocence / Disillusionment / Faith, loosely inspired by `My Belief: Essays on Life and Art` a collection of essays by Hermann Hesse.

The album opens with `Move On` which was written after Ruarri saw an image of his mom in her younger days hitchhiking. It`s about piecing memories together and is shared so effortlessly with a sort of fuzzy slacker guitar sound aided by a steady bass line, drum beat and delightful harmonies. There`s a deeper resonance to the bluesy `The Deep End` where the vocal delivery is almost matter of factly shared atop a churning rolling really rhythmically infectious beat. It`s almost dark and brooding at times.

`Alive At Last` is wonderfully laid back and has some intricate guitar chords that are shared in such a simple but effective manner belying the difficultly in composition. The backing singing on the chorus lines was such a joy and gave it a gospel type texture. A drum machine opens and sets the pace for `Jesus Died A Young Man` which has a jazzy blues feel to it almost veering to a Stray Cats rockabilly ambience.

`Quiet Life` is quite a stripped back affair with an acoustic guitar, piano and vocals which builds as it progresses. The singer returned home to support his mother while she was recovering from breaking her arm and the song seemed to come from out of this experience. Another reflective musing follows with `Wake Up` which is written around the writer`s time spent living in New Zealand from rural Cornwall, sort of waking from a dream. It has a lively roaming, ambling feel about it.

`Fiction` is a faster paced foot tapping submission that is part spoken word but has lyrics that are rapidly shared almost gushed out. A relentless pounding beat drives this number along. There`s a more edgy feel to `Suddenly Scared (24 Storeys High)` with a drum stick tap that beats like a metronome and paces the song out. The guitar chords were a real joy and allowed the singer to deliver the lyrical content in a pleasingly casual quite unemotional manner. The depth of this number grows as it evolves and the backing harmonies when appended were enchanting.

`Reasons` tore off in an almost `Ghost Riders In The Sky` vibe before becoming a sort of mix match of noise that retained the rapid delivery of the track. A bit of a heads down no nonsense boogie. The vocals at times were conveyed in a sort of beat poet style. A quite bizarre but interesting composition. The album closes with the gentle title track `Maverick Thinker`. It enjoys either an organ or accordion sound that adds a graceful texture to the number. It reminded me of Van Morrison`s `Sweet Thing` with its contemplative lyrics expressing some deep feelings from the singer. A song that I struggled to stop playing on repeat despite it being nearly seven minutes in length.

Ruarri Joseph`s voice is so rich and warm and gives the impression you`ve heard it before, there`s a real sense of familiarity about it. It`s more robust than Nick Drake and not as regionally dialect as Martin Stephenson but almost a combination or the best of both mixed together. Naomi and Harry supply an understated musical base that allows the singer to showcase his varied vocal ability on these intimate submissions.

William The Conqueror, on the strength of this release are certainly individual philosophers or `Maverick Thinker`s as the album decrees.