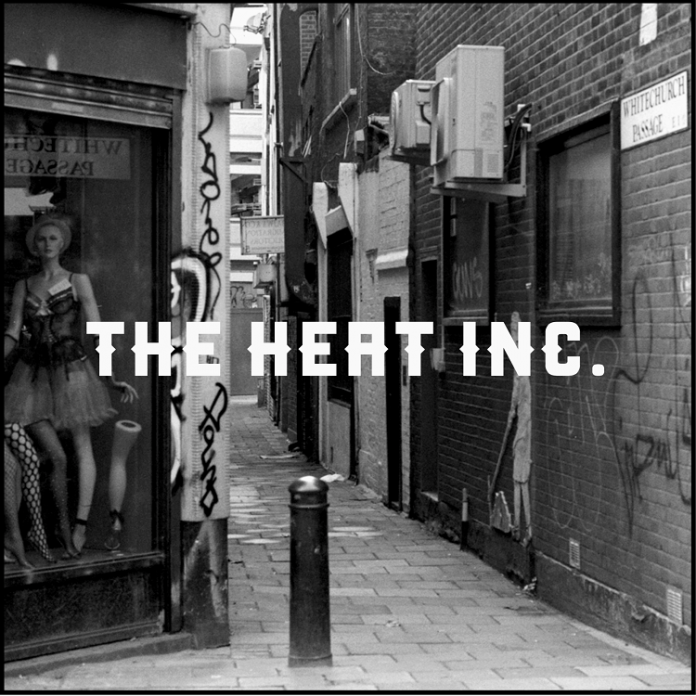 A Google search for The Heat Inc. is illuminating. First, when you put their name in, you get a heating company. Then, when you add the word band, their website simply proclaims this: London’s Loudest Rock N Roll Band.

If that’s a big call for a band who’s debut EP this is, then here’s another: Soon there’ll be that many searches on the name that the heating company best hire someone who knows how to get businesses found on the World Wide Web.

See, there’s more than just a confidence, an exuberance about “Down In The City”. I’d argue that there’s an expectancy. A crossover brew, somewhere between The Libertines insouciance and an outright punk band.

This is like the sound of a dark basement where I am scared to look in the corner to see what’s going on. The single “Raptors” sounds like The Arctic Monkeys are getting a kicking by a biker band. The point is there’s something primal, dark and menacing here, but it still manages to sound like an indie club in the 1990s (yes I went, there was usually a girl called Sara involved, to be honest).

Details on the band via their press release or their social media are a touch sketchy, but I’ll go out on a limb and suggest they understand their history. There’s a classic touch, certainly about “Sammy Swing Easy”, a pure rock n roll heart not too far from MV faves Slydigs, its just that Heat Inc can change gear to thunder in with “Polaroids”. A bassy, slice of violence that provides a snapshot (no, not sorry for the pun) of what they do.

The spoken word delivery is sort of like a British Hold Steady, or possibly Jim Jones at a push, but there’s a widescreen, almost arena feel about “Your After Love Song”. Such is the bass groove, you half expect Radiohead’s “Creep” to turn up at any point.

The Heat Inc. are creating a buzz, that’s for certain. And you feel that this overt rawness might fade over time, but they’ll never be polished. There will always be something of the street about them. The desire to take you down a dark alley and mug you. They sound like a gang, do London’s loudest rock n roll band, and on the evidence only of these five songs, they are the real deal.

To purchase the EP , go to: www.theheatinc.bandcamp.com