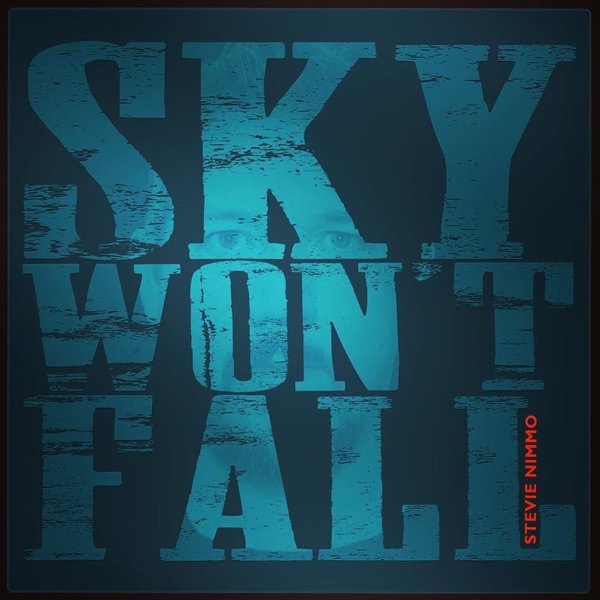 The second solo album from Glasgow bluesman is something very special

It’s the oldest trick in the rock n roll book. Boastful bands that have nothing love to tell you in the build up to releasing their records that it’s the “best thing we’ve ever done” (for metal bands you can substitute the word “best” for “heaviest”). Good Lord, if the newly reformed Guns n Roses ever release an album somebody connected with it would tell the press that said opus was “better than Appetite For Destruction”.

Then of course there are those that know they’ve done something special, something they really believe in. They don’t need to shout it from the rooftops because they know everyone else will do it for them, and moreover they just want people to hear their new songs.

At this point it seems reasonable to mention that a month ago MVM saw Stevie Nimmo and he absolutely merrily played more than half of “Sky Won’t Fall” some six weeks before it was released.

Such faith in this, his second solo record is absolutely well founded. “…..Fall” is astonishingly good. Recorded in just ten days at Superfly Studios and produced by Stevie and King King drummer Wayne Procter there is a vibrancy and an urgency here, that means whatever style of music it’s ten songs take – and there are plenty of deviations – it just sounds alive and ready.

Opener “Chains Of Hope” swings in to let everyone know it’s around, “Roll The Dice Again” has a defiant bluesy boogie, but there are too many ideas here to merely stick to the blues.

With his “The Wynds Of Life” album Nimmo explored Americana and received praise for being a brilliant singer-songwriter. Here, on occasion he marries that sound to his usual work in a quite wonderful way. The countryfied “Walk The Thin Line” with its simple hook and huge chorus as echoes of the stone cold classic “Drift Away” and is probably the highlight of this collection of jewels.

Equally adept at being soulful – “I’ll Pray For You” does that job admirably – and letting it’s hair down with a huge big ol’ classic rocker such as the Lynyrd Skynrd-esque “Still Hungry”, Nimmo and his fine guitar playing and excellent voice can basically do whatever they please and it sounds exactly right.

For proof look no further than the last three songs here. “Gamblers Roll” is the a dark tale and perhaps the most overt blues track here. It’s follow up “Lovin’ Might Do Us Good” is a shimmering, light, airy tune shot through with summer (for goodness sake it has handclaps in the mic with the drums!) and the record is concluded with “Love You More Tonight”, a simple and simply gorgeous acoustic strum.