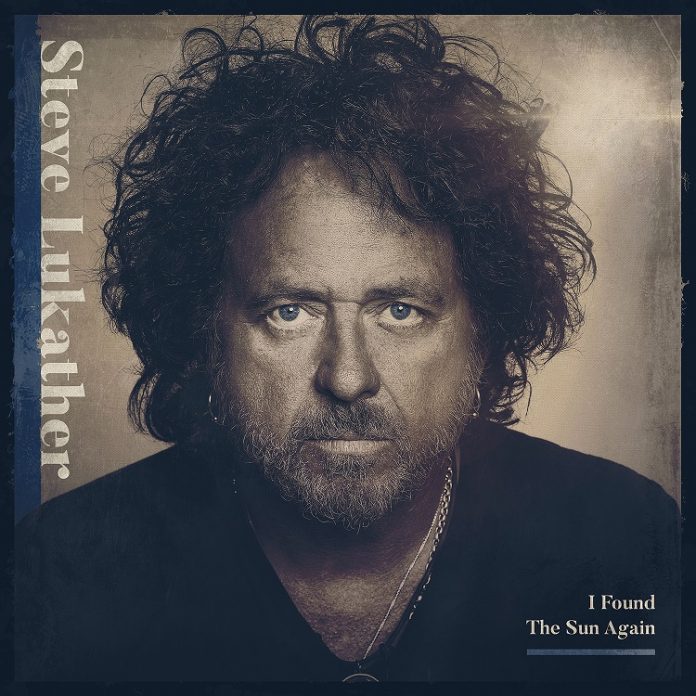 You know the first thing you get taught in journalism? Never assume knowledge.

But, you know the thing with rules? They don’t matter. So, I am going to break every one of them.

So I’ll go right ahead and assume you know exactly who Steve “Luke” Lukather is, and uninformed or not, the band he’s in, have always passed me by. Nothing against them, not at all. It’s just that my lifelong exploration of music has never taken me quite, as it were, to, to them (see what I did there?)

With all the boring preamble out of the way, I’ll admit that I wasn’t expecting to review “I Found The Sun Again” to be truthful and yet, here we are.

And we are here, because it is brilliant. End of.

It has you hooked from the off, too. A proper guitar solo to get started, then the words: “you’ve been riding on my bloody coat-tails for far too long”, its unclear who he’s talking about, it doesn’t matter either, because the anger that is found is perfect.

The strident, hard rock class of “Along For The Ride” is broken in the middle by some swirling prog. Not a million miles from Spock’s Beard and that is a decent clue as to what follows, because as “…..Again” progresses it becomes utterly clear that this is a brave, daring and labyrinthine collection that is as likely to follow the linear path as I am to give a monkeys about what an intro to a review “should” be.

So blues mixes with jazz and an AOR chorus of the likes I haven’t heard since Supertramp, on “Serpent Soul”. The piano is on point – and the keyboard work throughout is from the top drawer.

To be frank, everything here is playing second fiddle to the stunning cover of Traffic’s “The Low Spark Of High Heeled Boys, if its not strictly the centre-piece, given that it’s not in centre, then it feels like one. Ten minutes of an epic thrill-ride that takes you to places that a} you shouldn’t go and b) you weren’t expecting.

“Journey Through” with its touches of Joe Satriani at his most mellow is aptly named, as this is music to lose yourself in, to live with if you will, even the faster, more urgent ones like the Joe Walsh cover “Welcome To The Club” which has something of a glam stomp, do things in their own way and at their own pace.

The title track has a windswept, weatherbeaten feel, even though it’s a love song, a light at the end of the tunnel song, an everything will be ok song, and it suits the times perfectly.

Of course, you can only go down this route if you have top quality musicians, and there’s buckets of them here – amongst those are drummer Greg Bissonette, keyboardist Jeff Babko, and bassists Jorgen Carlsson and John Pierce. Life-long friend and Toto band-mate David Paich performs piano and organ across the album, while Joseph Williams sang on multiple tracks alongside writing string and horn arrangements.

Perhaps the biggest Starr, though is Ringo, who’s on “Run To Me” and its appropriately Beatles flavoured too. The last one is a cover of one of the great guitarists “Bridge Of Sighs”, which captures the spirt of Robin Trower and then takes it off somewhere else.

By and large, that’s what this album does. It exists in its own altered state. “I Found The Sun Again” is not a record you can dip in and out of. It needs listening to as a cohesive whole. Do that and I promise you, it brings rich reward.