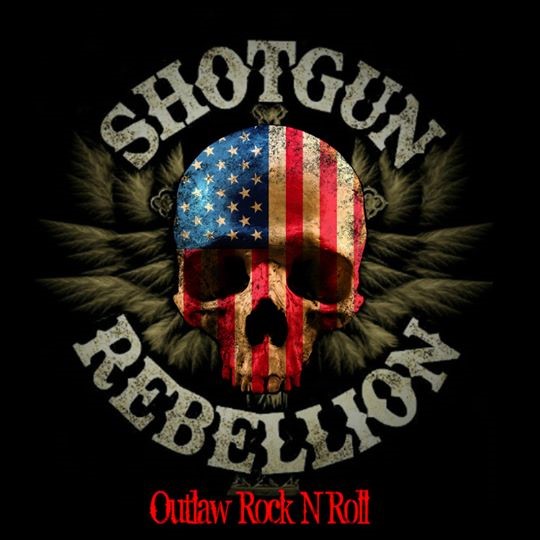 Shotgun Rebellion are yet another group that appeared a while back in my Social Media feeds and what a find. The Band, hailing from Oklahoma, released their debut album in 2014 but the return of original guitarist Steve Parnell to the fold has seen some of the original tracks re-recorded with the bonus addition of two new songs. Parnell left the Band a few months before the first album was recorded, so his DNA was all over those songs in the first place. So what we now have is a 15 track album of bruising Southern Rock. The obvious reference points are Blackfoot from back in the day and Zakk Wylde from the modern day.

The new album opens with Devil’s Home Brew, which starts off things off in fine style. The Band knows how to put a song together and know a strong melody and chorus makes a good song – just ask Blackstone Cherry! Train Of Pain has a very Lynyrd Skynyrd feel musically – I know that must be a lazy tag to give any Southern Band but the piano intro is straight out of the Van Zandt song book before the big riffs kick in. Next up is the first of the new songs and what a belter it is – Outlaw Ways is loud and proud as the lyrics list the Bands musical influences over crunchy Southern style guitars. The mix of the two new songs sounds much brighter than the original songs and are all the better for it.

Into The Nothing is quite a dark song with a Sabbath riff and is one of the best things here, despite its rather subdued mix. In comparison Devil’s Daughter explodes out of the speakers as it is the 2nd of the new recordings. It’s a ferocious song that is going to be great company in the car.

Squeeze My Shotgun rattles past before Pain And Misery appears. This is a superb track reminiscent of The Marshall Tucker Band but done in their own style. Won’t Back Down picks the pace back up and has a touch of Bad Company about it with a sing-along chorus. Roll On is still Southern in its roots but also has a touch of Monster Magnet going on and No More is big riffing shuffle.

We’re on the home run now; Don’t Ask and Addiction Road are pure bred Southern Rock and are followed by Lost My Way. I mentioned Zakk Wylde earlier in this review and this is the song that sounds most like his style, not only in the music but in the vocal delivery as well.

Just As Good A Day slows things down again before the album closes with Badman’s Gun and its spaghetti western intro. The song borders on ‘unplugged’ and it’s in need of a cowboy film as it’s got soundtrack written all over it.

So there we have it; authentic Southern Rock that is well played and with an ear for a good song. In a world where the UK currently loves all things Southern, this will appeal not only to fans of Blackstone Cherry and their like but may even find favour with the Country Rock audience that have so taken The Cadillac Three to their heart. If there is a promoter out there able to get them onto a UK stage, I’m convinced they will do really well. It’s a great album that is well worth checking out.