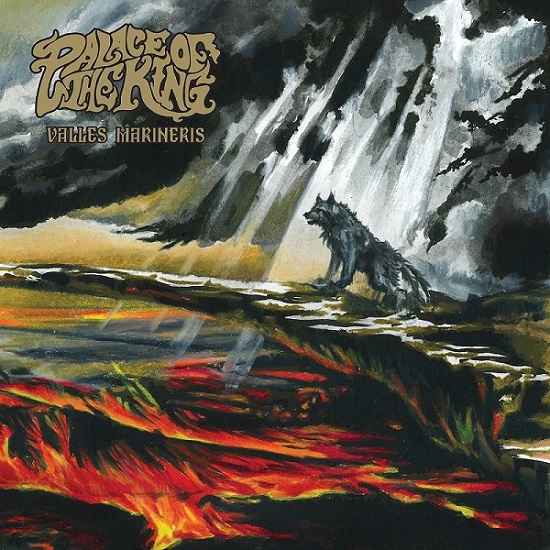 And with that – a line from the first verse of the stunningly good “Beyond The Valley” – we are tempted to leave this review there. Put simply, if you can come up with that and stick it in a rock n roll song, you don’t need any kind words from MVM, because you already know you’re a genius.

The thing is, though, that when you come across new bands as good as Palace Of The King – and you don’t often – you need to tell as many people as much as you can about them.

Last year, the six piece released a brilliant debut record, and if that pushed the right classic rock buttons, then the fact that album number two is already here merely re-enforces the thought that they are a real throwback. They know it takes hard work as well as talent to get to the top, but no worries, they seem to be saying, we’ve got that too.

The ace in this particular pack is the fact that POTK have phenomenal songs – note not good ones, but genuinely magnificent ones, and if the last one was good then this is just a bit better.

It rocks, like on “Let The Blood Run Free” – which kicks in with an organ opening that would make if not quite Deep Purple, then at least Spiritual Beggars jealous – but we already knew they could do that. What we might not have quite understood is that they can bring the funk, too. “Black Cloud” which features the wonderful vocals of Jimmy Barnes’ daughter Mahalia, positively drips with sass, and “Sick As A Dog” is downright filthy and if that’s not enough, then low down dirty, bluesy groove of “The Bridge Of The Gods” opens up a whole new world of possibilities.

The six men here are all bang on form, “We Are The Vampires” is a bass heavy wicked brew, while “Empire Of The Sun” is as mighty as Zeppelin and doesn’t seem to want to be constrained by man or beast and only the foolish would try, as it soars away and finds something primal to boot.

There’s barely a duff second here, never mind track, “River Of Fire” really wants to be The Beatles “Come Together” as it slinks around, and “Throw Me To The Wolves” almost dares you to take it on, and that’s before the closing hypnotic, psychedelic swirl of “Into The Black” takes you into places that you can only really go at 2am when you are really alone.

Classic rock is back in fashion – largely because its classic and people are bored of manufactured genres and never ending hype of bands with no substance – if there’s any justice in the world, then Palace Of The King, who wouldn’t know the meaning of the word fake if they tried,  deserve to be at the vanguard of the new breed, because they are very special indeed.